My Chev was originally upholstered by a couple of old guys back in the 70's who were apprentices on the Holden assembly line back in 1928. So I believe the hood and side curtains are as per the factory specs of close.

I have always had a problem at around 25 MPH and above with the wind pushing the side curtains in behind the flap coming down from the hood to seal the top of the curtains, and on the opposite side of the car the curtains would be pushed out. Cross winds were about 200% worse.

I have slowly been making the car freeway friendly (being able to cruise at 40 to 45mph) and finally got around to the side curtains and the sealing flap. The rectification was a lot simpler than I expected.

After refitting the side flaps to have a consistent coverage of the top of the side curtain, I then carefully cut a small opening in the bottom end of the flap and inserted a 1.5 metre piece of 25 x 3mm flat steel strip into the bottom edge of the flap, very similar to putting weights in the bottom of a curtain.

Pleased to say it worked a treat, side curtains now stay in place, have not yet tested in cross wind, but even at 50 MPH the car was a lot quieter, with the side curtains not flapping around as much as previous.

All that remains to finish the job is remove the metal strips, paint and refit, then seal up the small slit in the end of the flap.

I have been going to do something about this for the last 5 years or more. Some where between "being slack" or  "you cant rush these things" is the correct answer.

A few photos below. 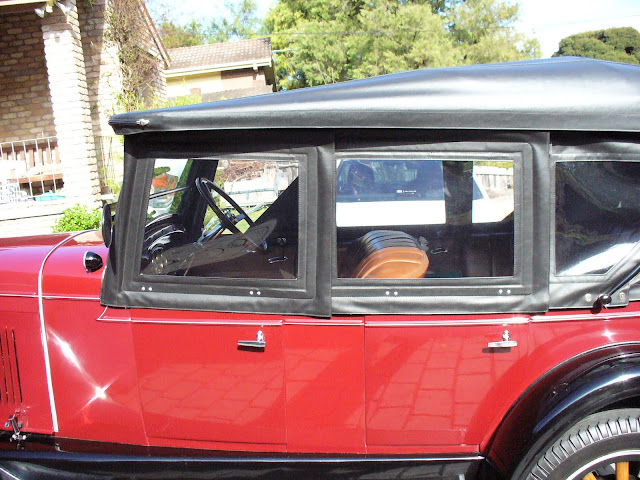 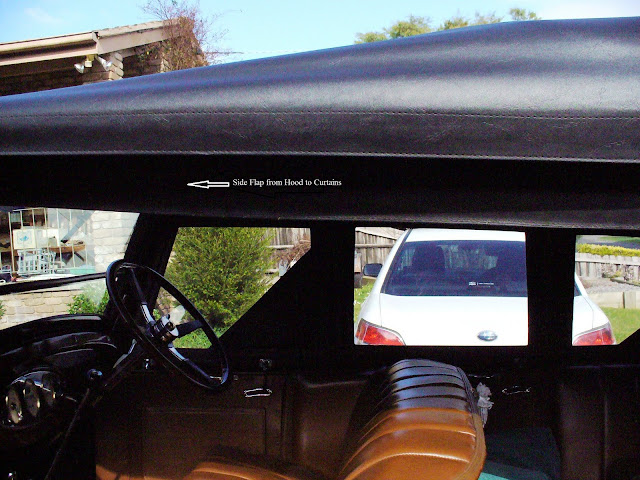 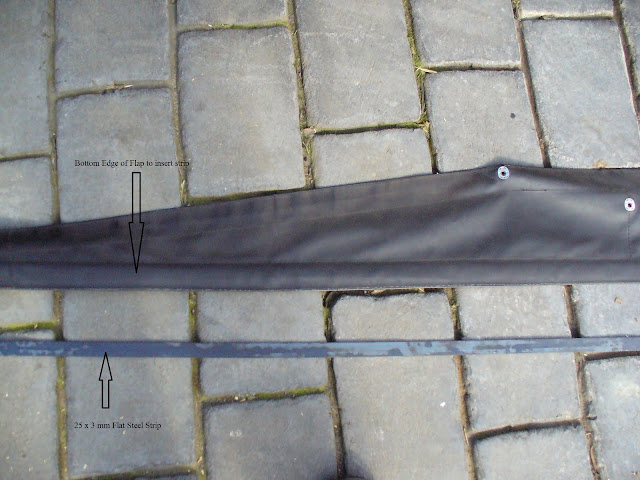 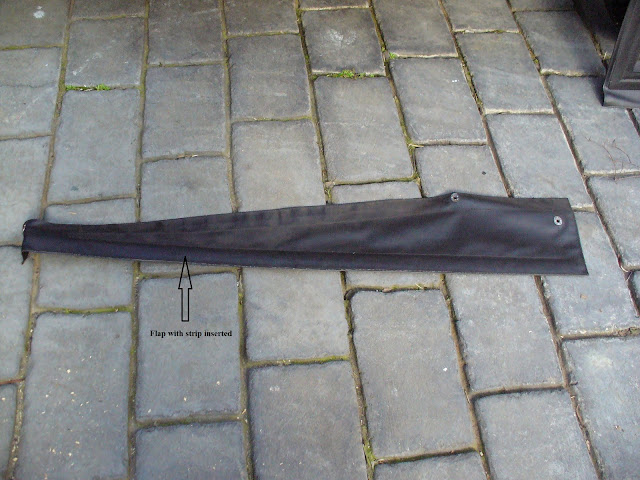 Went on a 80 mile rally yesterday, and the results were excellent. Driving in the windiest conditions you could imagine, yet the car was very quiet and sealed with no wind or rain getting in. For the first time I was not concerned that the side curtains on one side would blow in with the other side billowing out. Why did I not think of this many, many years ago?
Posted by Ray Dean at 7:26 PM