Never Been So Happy to Get Covered In Grease

Setting off for a club run this morning I hit the freeway expecting to sit on my usual cruising speed of 45 to 50 mph.

Foot to the floor and the best I could achieve was 40 mph on a slight incline and a slow winding up to 45 mph on the flat. Both these speeds dropped dramatically if I hit anything resembling a hill.

In these cases you always think the worse, and I did, picturing possible engine problems relating to lack of compression etc.

I pushed on at a reduced speed, deciding to give the engine the once over at the meeting point, looking and hoping for a simple fix.

On reflection I remembered that over the last few county runs, the Red Chev just didn't seem to have the power on hills as it usually does. Again this was seen as possible upcoming bad news.

30 minutes later, covered in the grease in the splash trays under the steering box, problem was solved.

Now before I explain this in more detail, let me say its only applicable to right hand drive cars, which have a nightmare of carby linkages compared to their left hand drive cousins.

The coil on a 28 Chev sits on the top of the bracket that holds the original specification oil filter, and this bracket attaches to the block by 2 slotted head screws.

The carby linkage that goes from one side of the motor to the other is also attached to this same bracket.

What happened was the 2 screws had become loose, I suspect for some time, with one dropped out and gone, the other possibly falling out today.

The result was that every time I pressed the gas pedal I was only getting about 40 % of pedal travel, with the slop of the unrestrained bracket soaking up the rest.

After refitting the sole remaining screw, the result was immediate, it was like a power increase. The Red Chev was back to the normal accelerating up hills and holding speed on others.

And as soon as I got home the 2 screws were replaced by hex head bolts, nipped up tight on fresh spring washers, and when did I last check these screws. Probably in about 2009 when I detailed the engine bay. 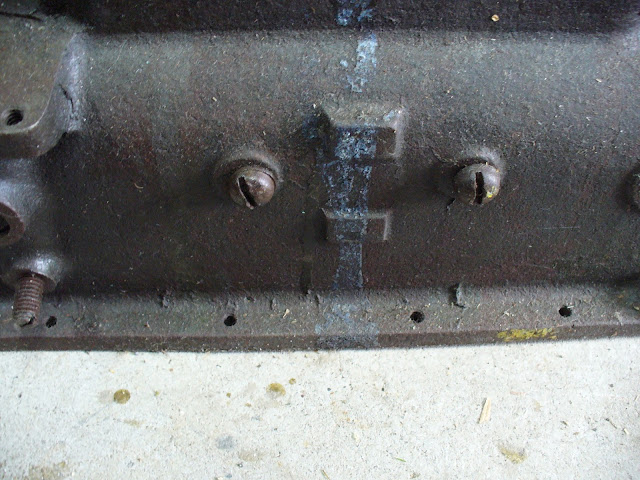 This picture shows the setup with this mother not coming loose again for some time. 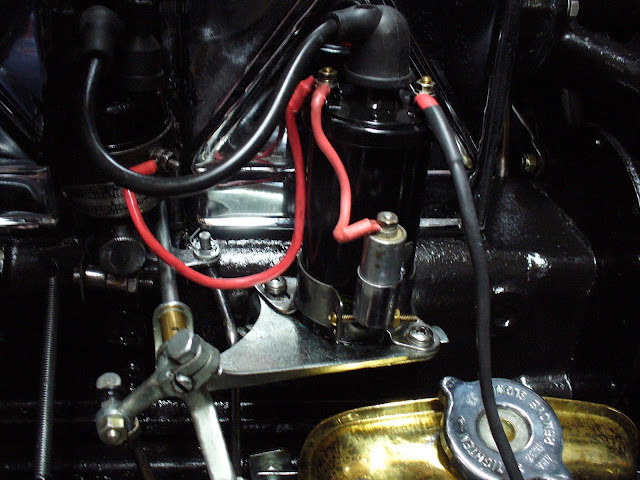 As I mentioned at the start, happy to get my hands dirty on any occasion to get a result such as this.