Driving the Red Chev more these days, I have been concerned by the fluctuation of the drum speedo, even though I reconditioned it in 2010.

In my daily work car the GPS appears more accurate than a modern speedo, so if its good enough for a 2011 Commodore, why not for the Red Chev. Highway speeds in the Red Chev are not a worry as I don't reach the 100 KPH speed limit, but it's good to know how fast or slow you are going.

My concern for travelling at the right speed is related to the 60 and 70 KPH zones.

After asking around to see what was available I called into Jaycar Electronics new store in Fern Tree Gully and bought up a few parts to "make my own" 6 to 12 volt converter. The aim is to have a set up that can not be seen when not in use.

Parts and prices were 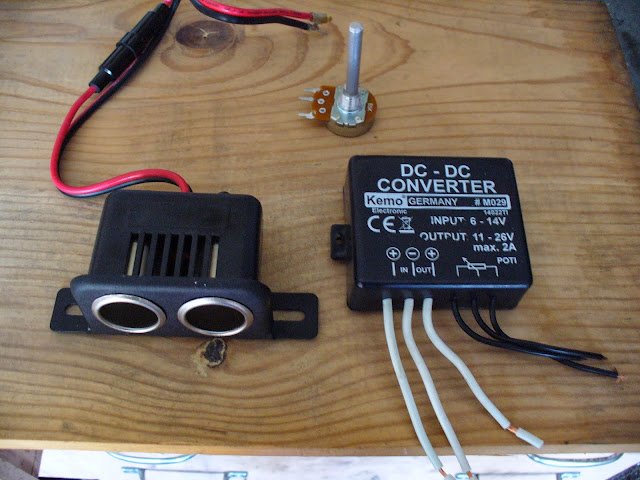 The converter is the heart of the set up. 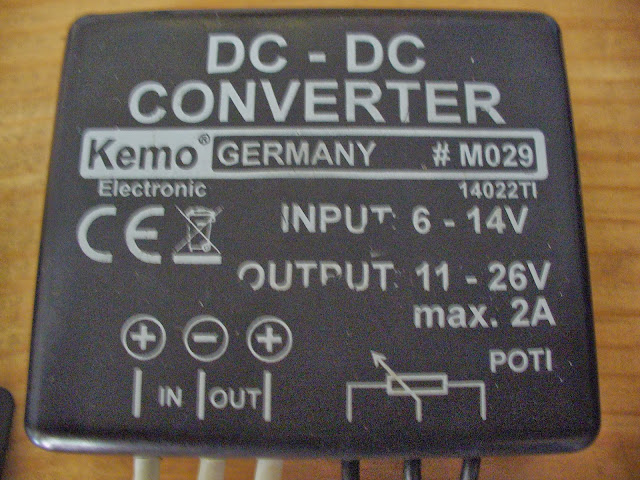 I went for a twin outlet socket (to run both a GPS and charge a mobile phone), which when fitted will be completely out of site. 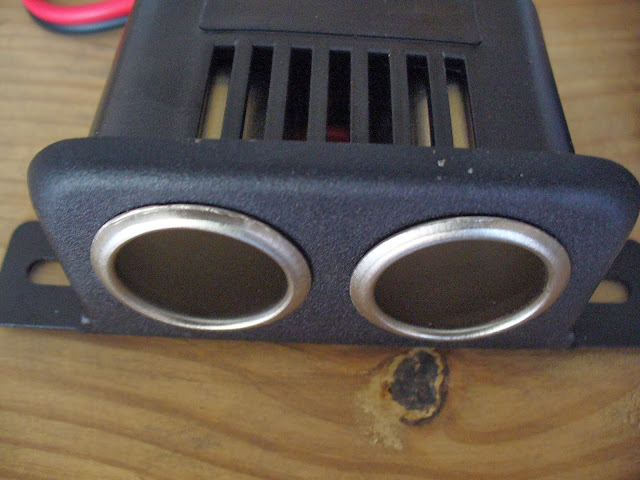 Yes Virginia, this is a potentiometer. 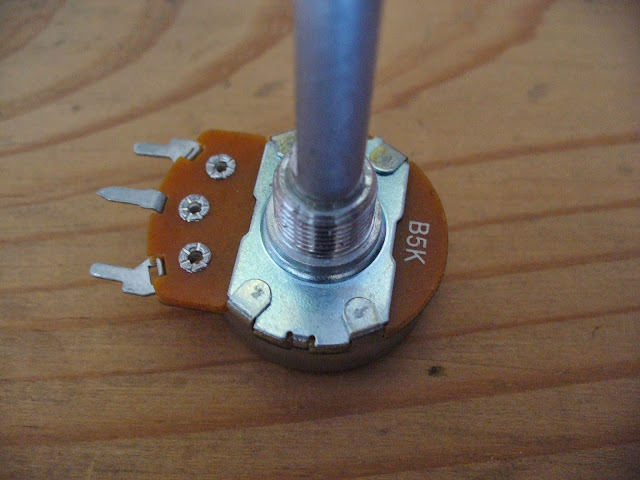 The converter instructions call for a large heat sink area, which normally would be the firewall, but as it also requires a temperature below 60 degrees, I decided it was safer to install the whole set up on a mild steel bracket 9" x 2.5", which I made, predrilled and painted before the final fit up under the dashboard, which will be out of sight unless a lead is plugged in. 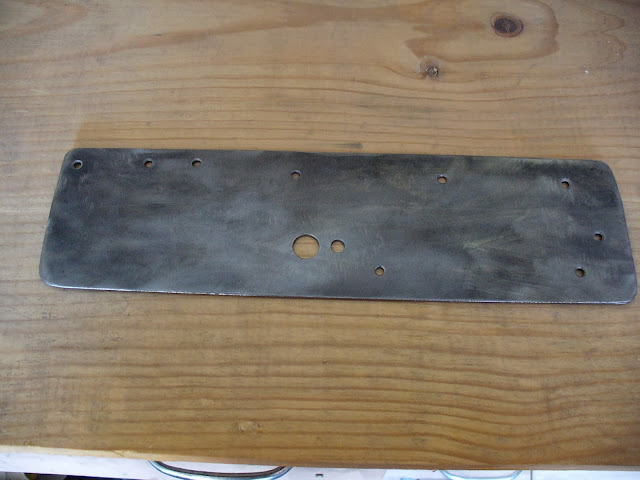 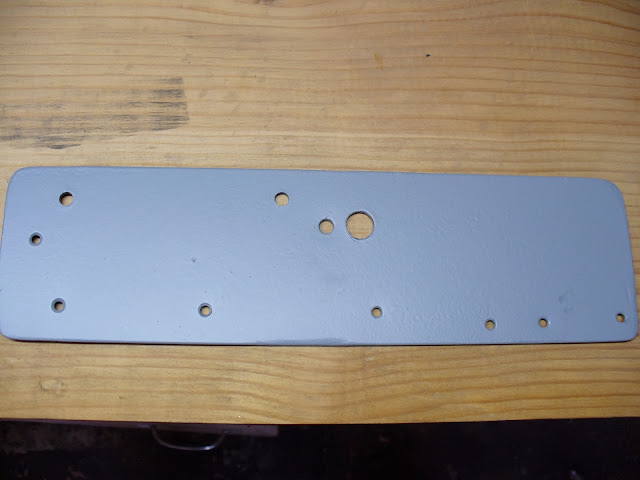 After a few minor adjustments, everything was bolted into place. You will see by the angle of the converter that I did not allow enough space for connecting the potentiometer. If I had my time again I would turn the converter 90 degrees to the left so the wires fed into the middle of the bracket. 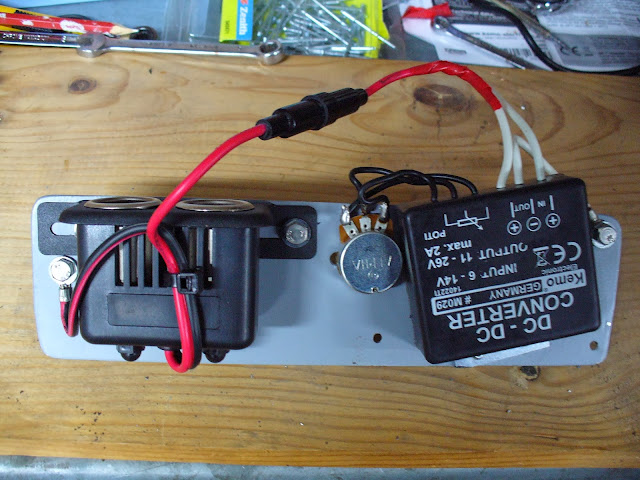 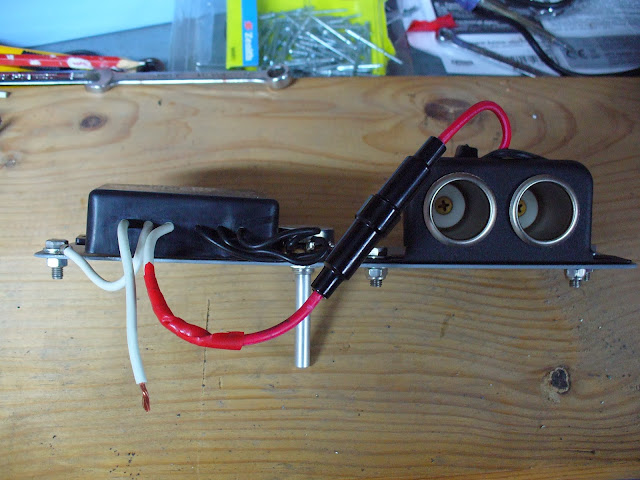 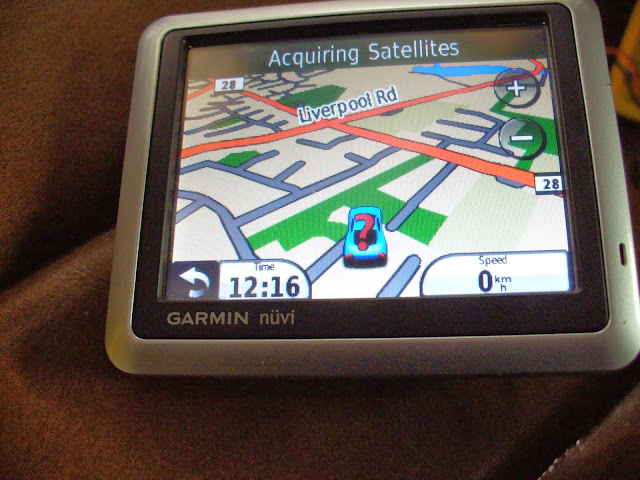 Voltage looks good, but I question how effective the potentiometer is at the base minimum output as adjustment makes no change to output and voltage can range from 12.2 up to 14.2. 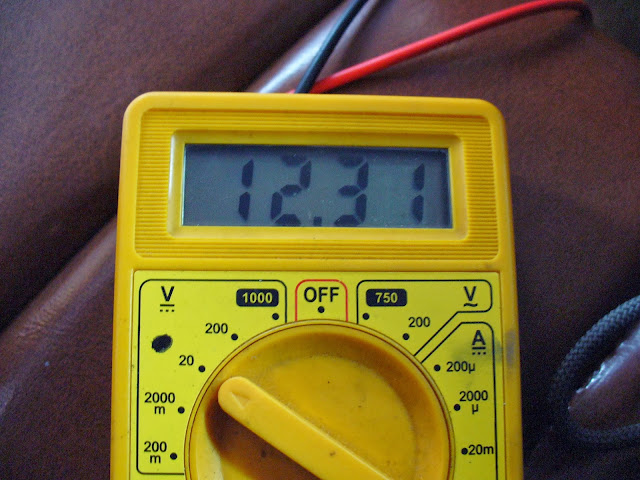 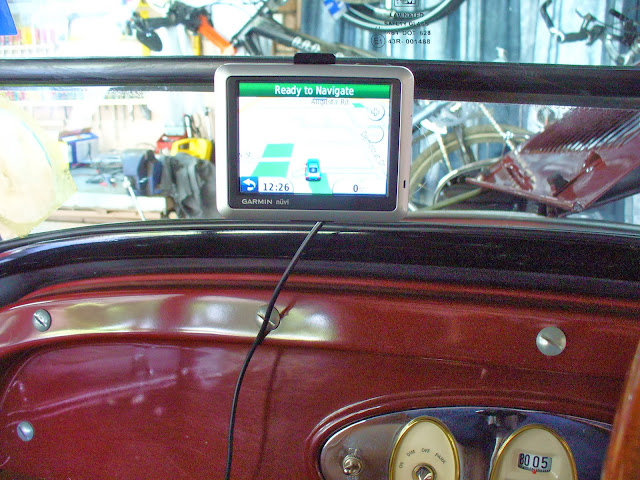 I now have another reason to take the Red Chev for a drive. "Honey I need to charge the GPS and mobile phone. 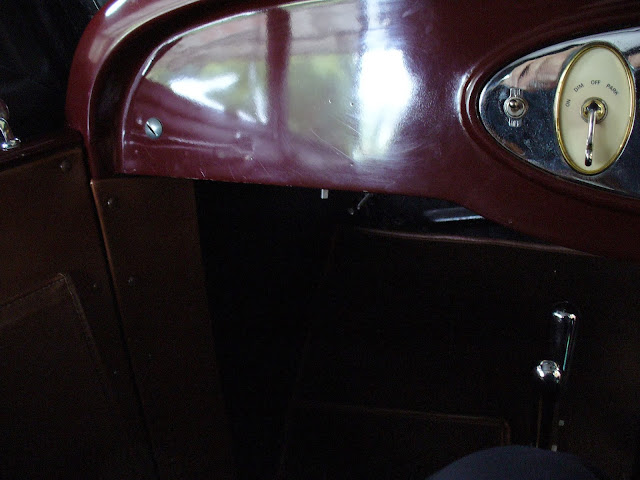 Update as at 4th November
More testing went well, no significant increase in temperature of the converter, it was no warmer than the surrounding metal work.
More pictures of the fit up below 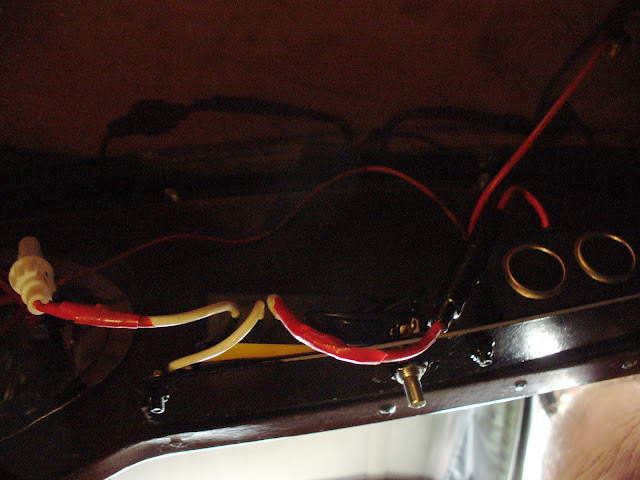 Looking from under the dash out 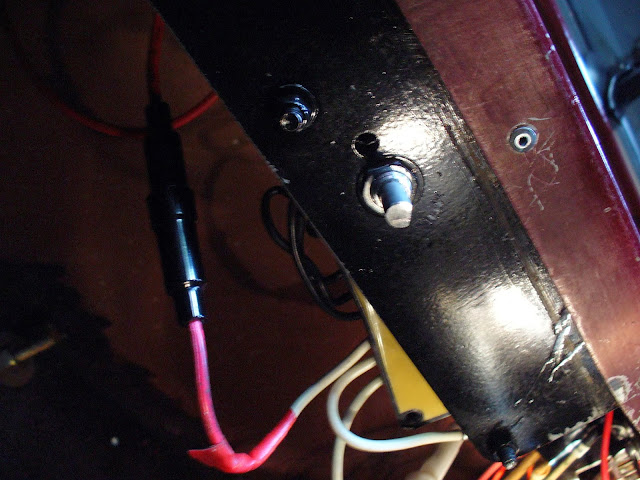 Looking up under the dash, and I still need to tidy up the wiring a bit more.
Posted by Ray Dean at 7:14 PM