While testing the 6 to 12 volt converter from yesterdays session, the gear change seemed noticeably sloppy. This was a surprise as I overhauled the top of the gearbox in 2010, which resulted in a very tight gear change.

The first thought was I had a broken spring in the gear shift top cover, but after pulling the gear stick out, the spring was fine. 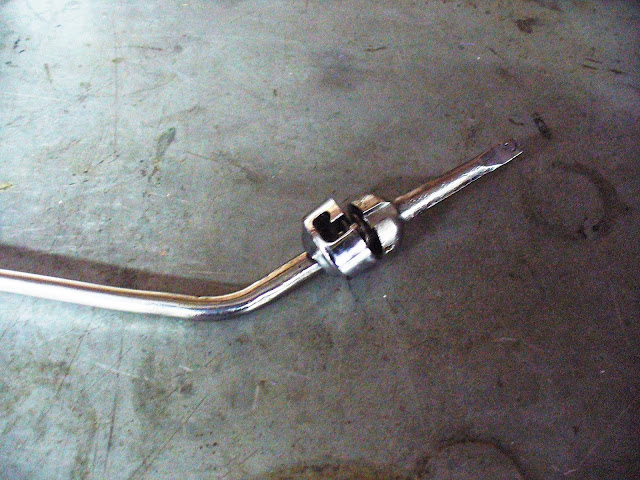 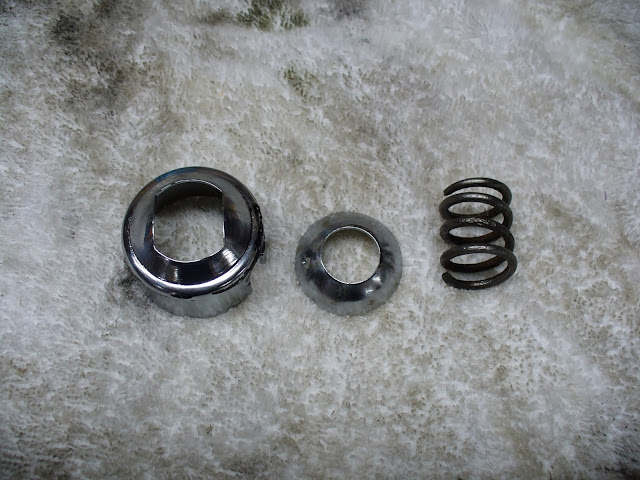 The next step was out with the carpet, after sealing up the top of the box from dirt and dust. 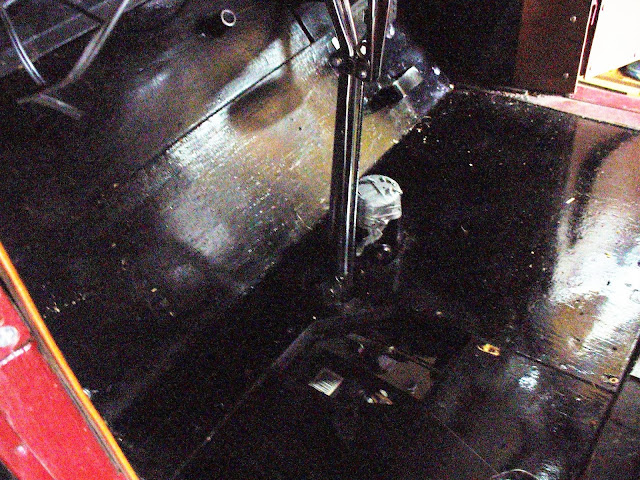 Out with the floor boards, which gave me the opportunity to check out the connections and water levels in the double battery set up. 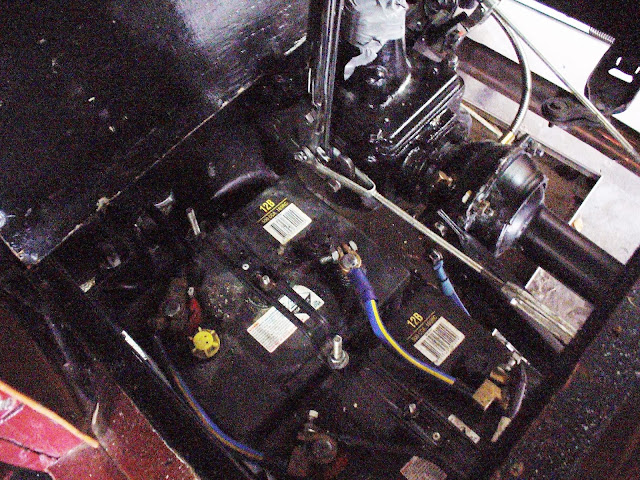 Removed the gear box tower, all appeared OK with the selectors and gate, no excessive wear. 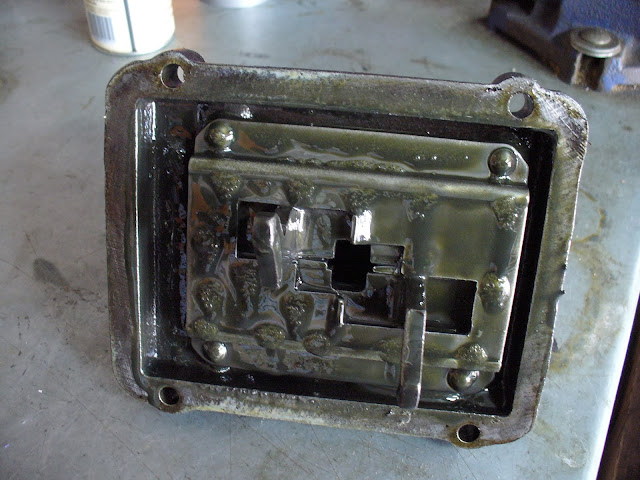 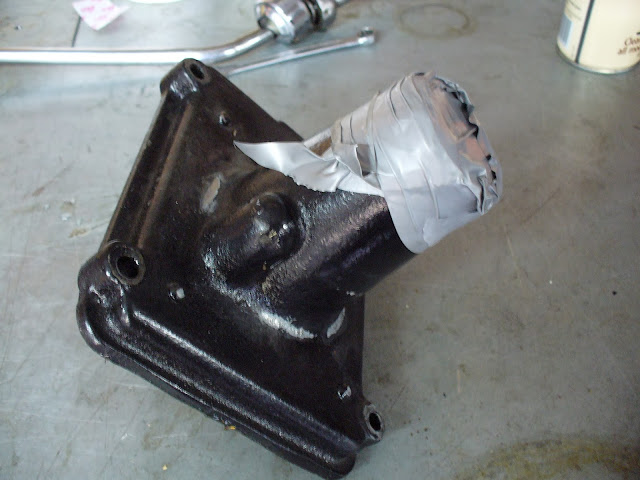 Nice to see the gears that I put in (NOS) back in the nineties are still in good condition. 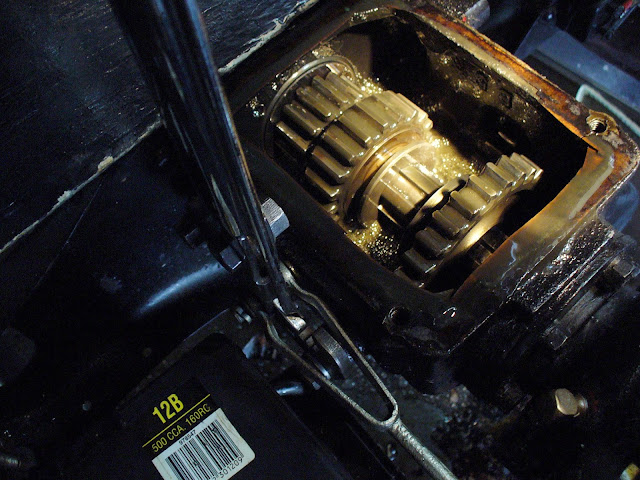 In 2010 I replaced both the pins in the top of the tower that the gear stick pivots on, and on initial checking one was a fraction loose. This was part of the reason, the rest of the slop was caused by excessive play between the pins and the groove in the gear change ball. The pins I used for the replacement where normal mild steel, and the groove in the gear change ball had been welded and machined back to standard. So its look like the mild steel pins have worn.

As an interim measure I was able to turn both the pins 90 degrees so that the original clearance was restored. I then re peened the ends of both pins into the housing.

I then stretched the gear shift retaining spring about 5 mm, refitted the gear change, made a new gasket for the top of the gear box, and put the whole lot back together.

Below is a not so clear picture of the pins in the gear box tower, which are smooth and not rough as the blurred picture looks. 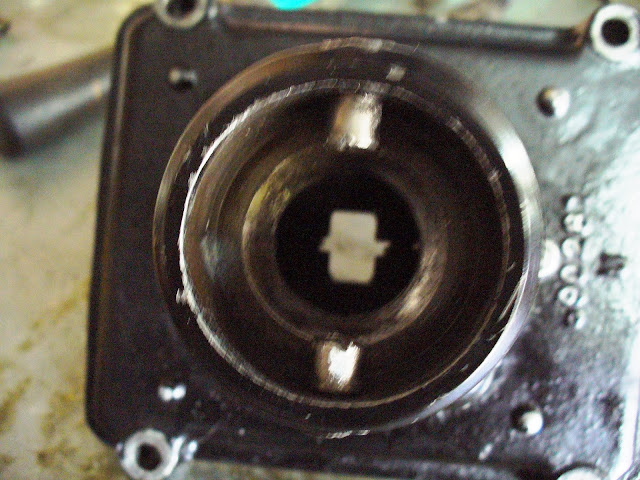 Went for a test drive, everything back to normal, gear change is "tighter" and smoother.

Having a few spare gear box towers, some with replacement pins fitted, will enable me to make and have ready a replacement top with hardened steel pins if the problem happens again.
Posted by Ray Dean at 9:15 PM