A Spare Distributor for Monty the 1928 Chev

My good mate Grant Fowler picked up a spare 635B distributor for an onboard spare part, in case a problem arises with Monty on the road http://montythe1928chevrolet.blogspot.com.au/

l928 Chev parts becoming harder to find, and distributors are no exception. Don't know why, they are only 86 years old??????

Even though the one Grant picked up was incomplete the major plus was the drive gear was in very good condition.

Thought I should offer to check it out and add the missing bits and pieces, seeing I was the one that pushed him to buy it, and with 3 reconditioned distributors for the Red Chev already, I have spare bits and pieces that I will probably never use. 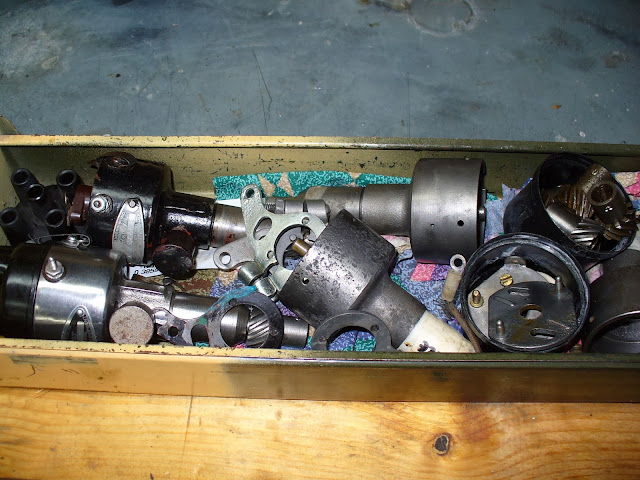 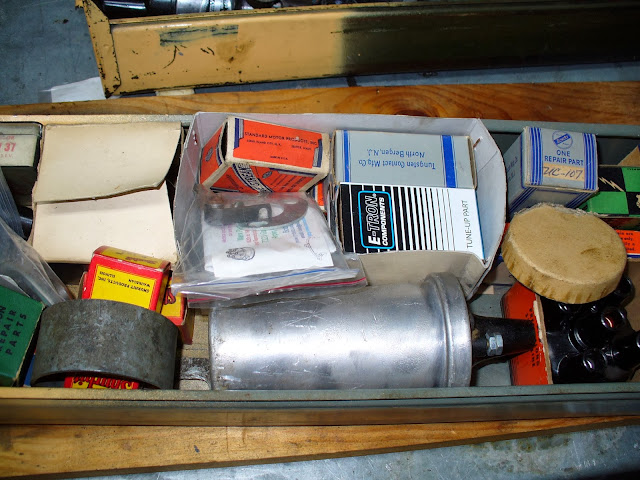 Pleased to say Grant's purchase was a real bargain, but better still let me take you through the process of

"Building a spare Dizzy for Monty" 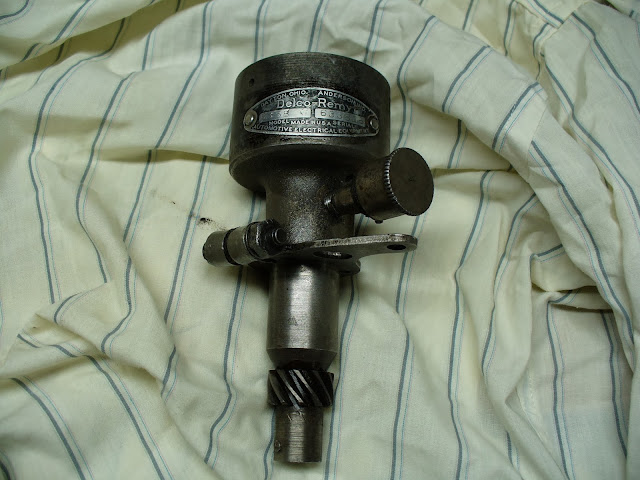 2. You will see that there is a distinct lack of internal parts 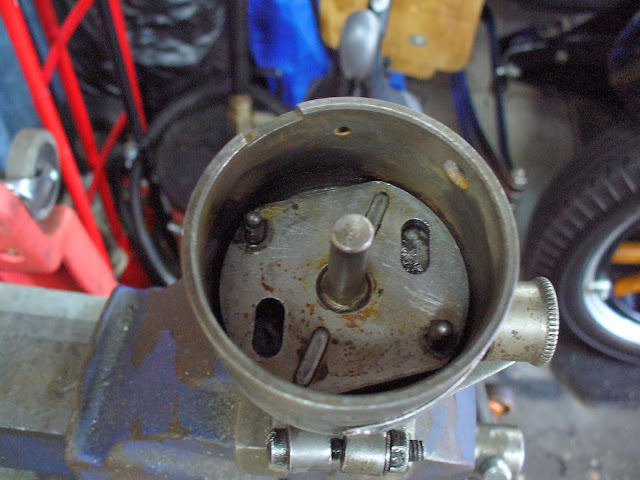 3. The distributor drive gear being in such a good condition, on its own justifies the purchase. 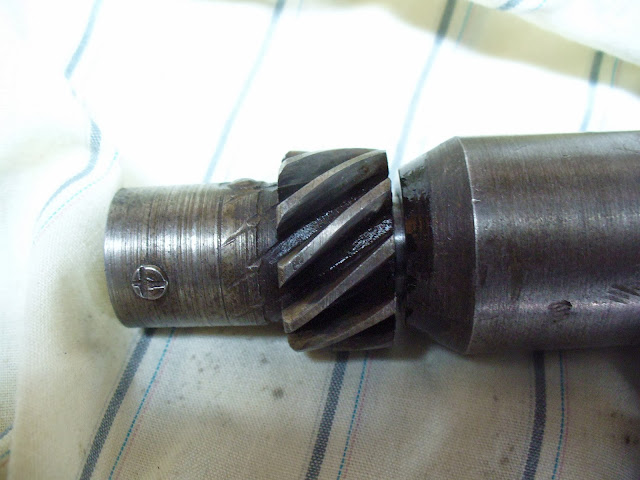 4. The first step was to wash out all the dirt and congealed grease to confirm that the main shaft and housing were not worn. No problem here, and fresh grease was forced into the housing. 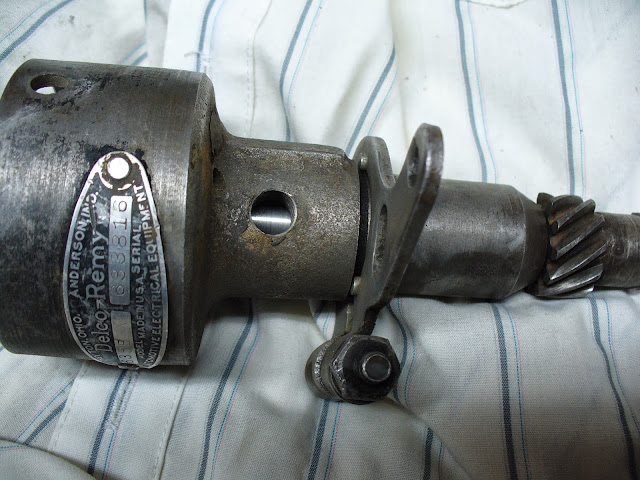 5. The first of the missing parts, being the automatic advance plates and springs were fitted, along with the 4 lobed cam that activates the ignition points. 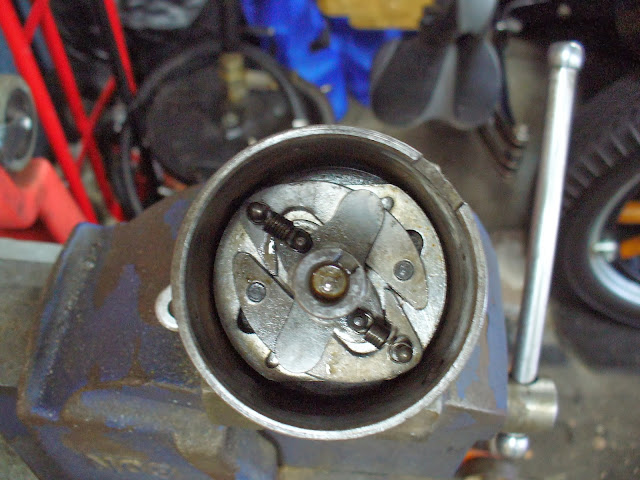 6. Next was the plate that supports the ignition points, with the clips that hold on the distributor cap. You will note the white insulating strip that prevents the points from shorting out on the housing. This was replaced along with the connecting bolt and fibre washers that go through the housing. 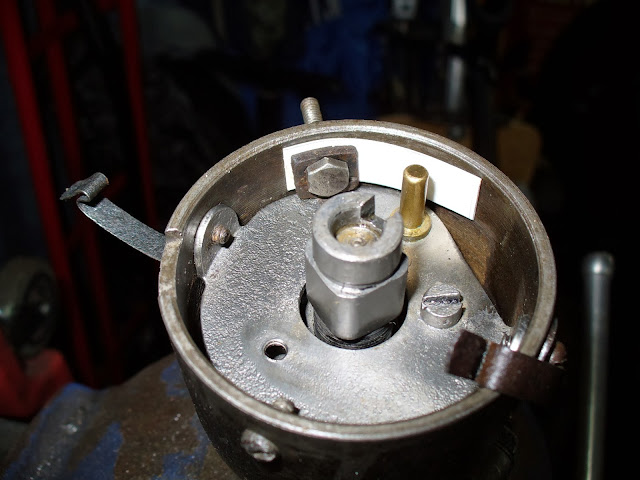 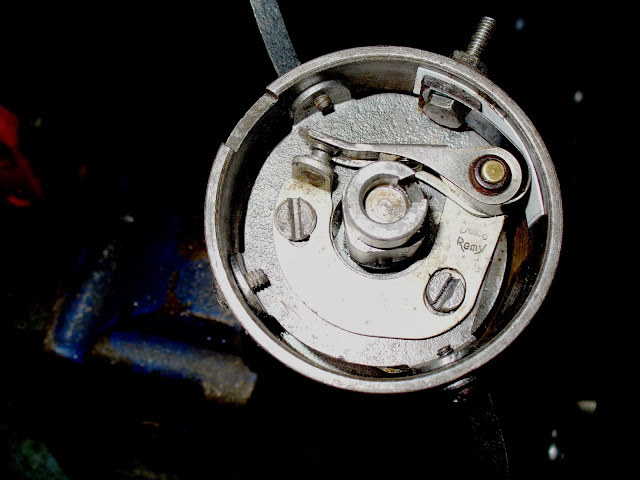 8. A rotor button completes the internals, with a distributor cap shortly afterwards 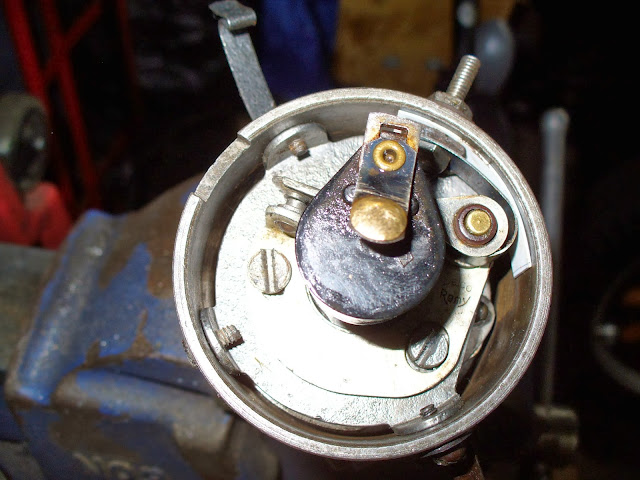 A quick test to make sure there are no shorts and the points are opening and closing as they should. 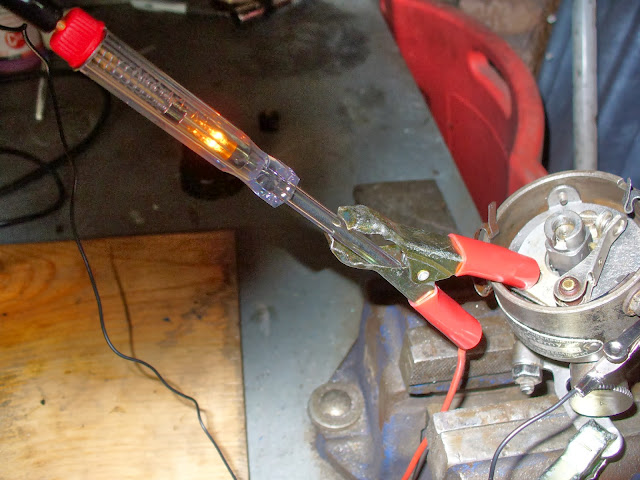 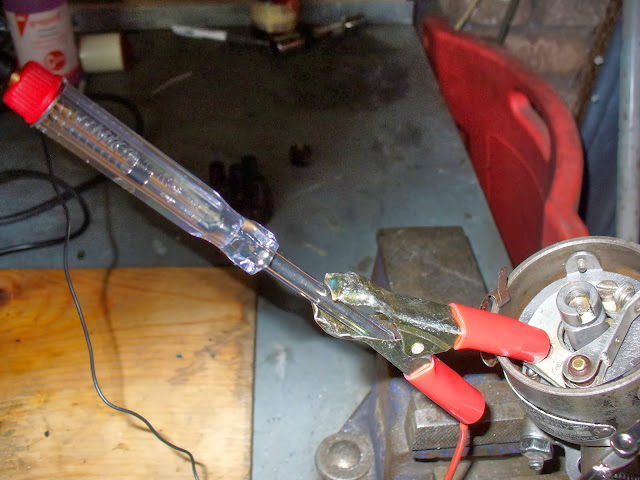 9. Job done, and Monty now has a spare distributor that he may never use.

Its called peace of mind folks 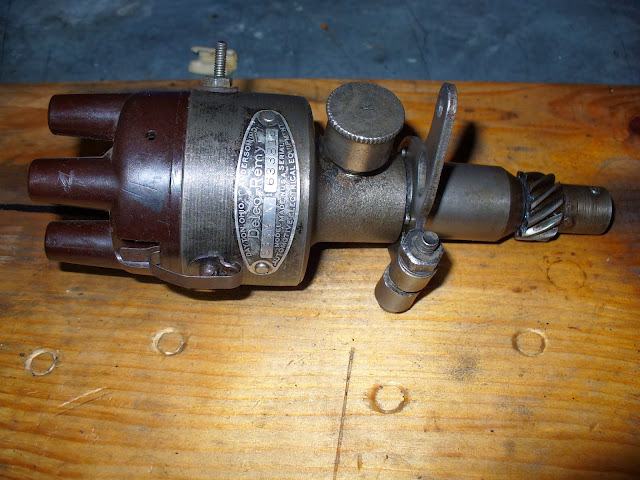