Improvement No 9 (In retrospect) Steering - August 2007

Compiling this blog over the last 18 months has been a great exercise in memory recall. Everything that I have done on the Red Chev over the last 38 years is not something that comes to mind immediately. In the early stages of writing the blog it was very enjoyable recalling things and events previously forgotten.
I hadn't given it much thought lately, but if you had of asked me, I would have thought that after 18 months I had everything covered, or did I?

While exchanging emails with a friend in the States last night he mentioned there was work to be done on the tie rod ends of his Chev 4. I immediately recalled the upgrade I did to the Red Chev's tie rod ends in 2007 during the restoration for my daughters wedding.

Now fresh in my mind let the following pictures and text tell the story.

These first two pictures are of the original tie rod ends, which served the car very well, but constantly required oiling as they were open to the road conditions and weather. It may be my imagination but I believe the Red Chev's steering is a lot more precise and stable since these original ends were replaced. 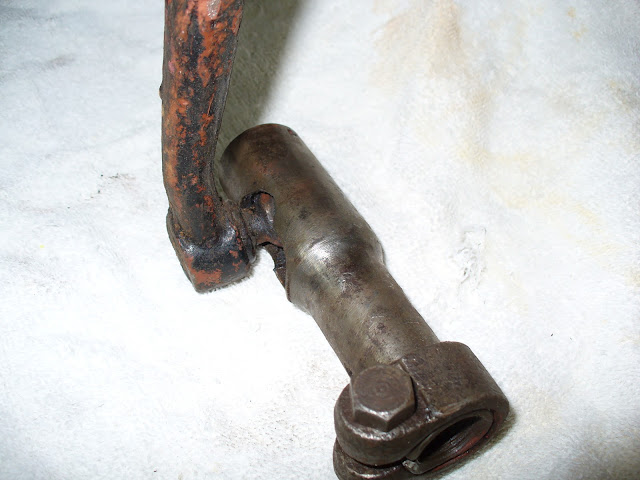 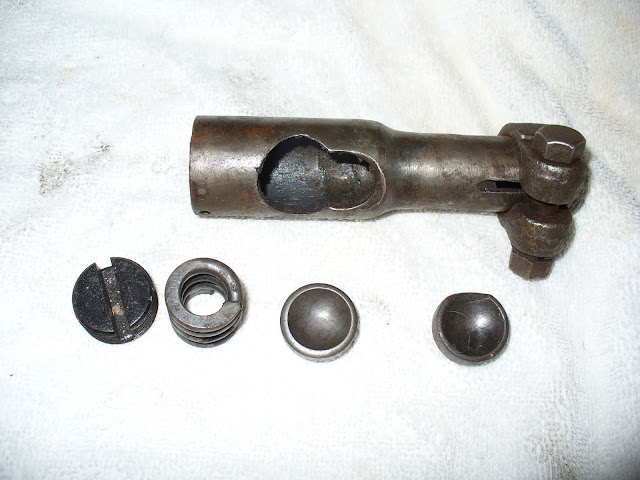 This is the set up since 2007. A more modern looking tie rod end, even though they are 50 years old. Fitted with a grease nipple they are easy to maintain, are are sealed against dirt and weather. 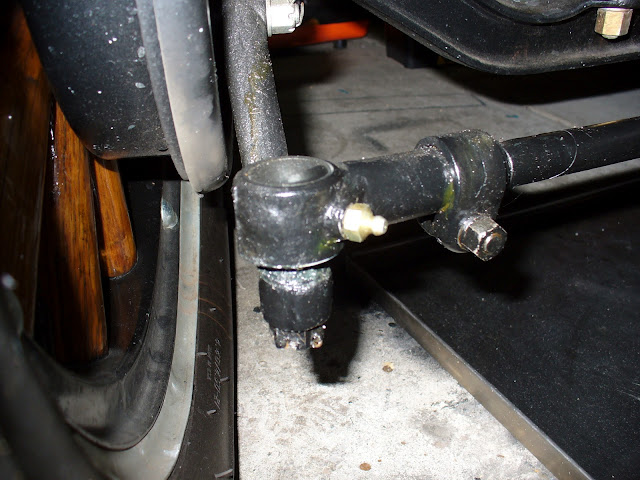 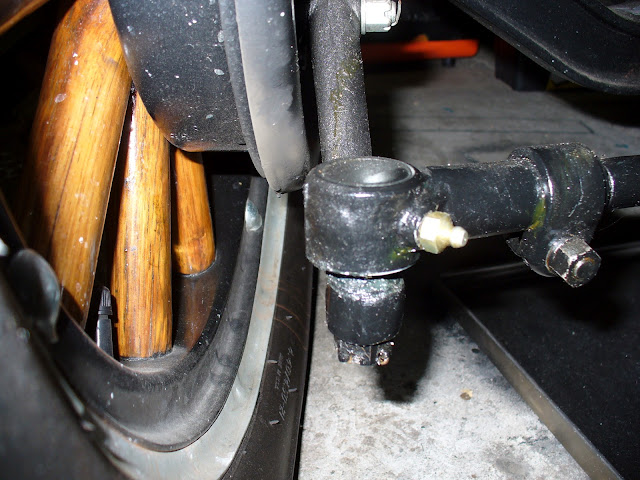 Where I decided or had no option but to keep the original style of tie rod end, such as the drag link that connects the steering box to the tie rod, I replaced the original worn tie rod balls with locally made units. 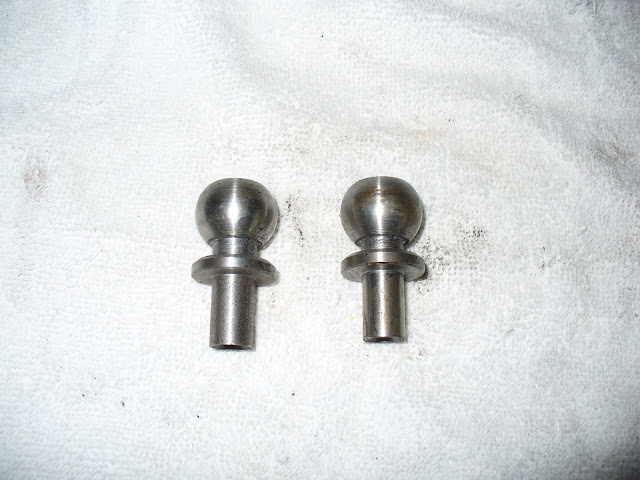 This is the style of tie rod end I used, and the biggest job was reaming out the existing tie rod ball hole to fit the new shaft which was tapered. I found out some time later there are units available with non tapered shafts that fit the standard hole, but there were non available at the time, and I was racing the clock 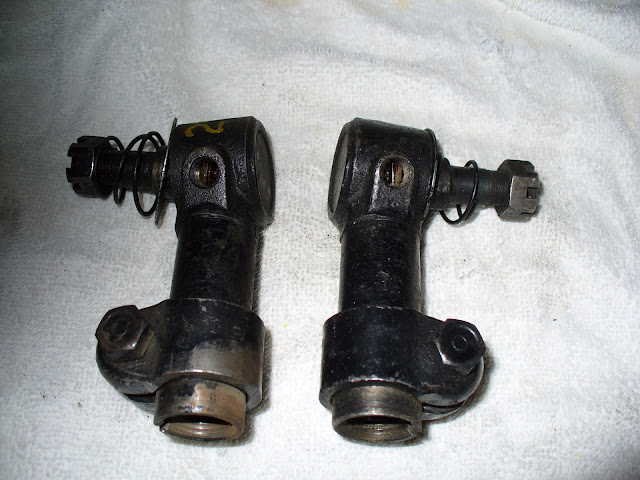 Several after market units were available at the time,  and may still be around. These first two are  NOS. 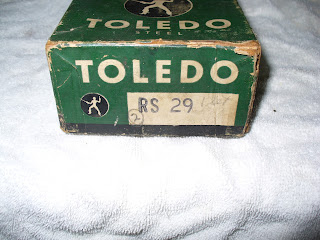 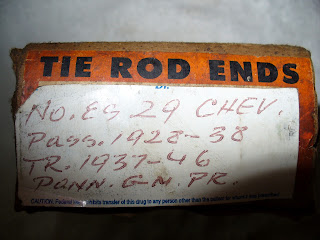 Another source for tie rod ends is the Filling Station, a great supplier of vintage and classic Chev parts. http://www.fillingstation.com/catalog.htm The Filling Station can supply a modern replacement unit, part number AF - 168, and please note this unit has straight sides on the shaft.