I had not been happy with the fit of the reproduction spokes in the rear wheels for many years, but had not been motivated to tackle the job again. I had made several attempts during the 80's and 90's with only limited success.

I finally plucked up the courage to pull down the wheels and get the job done right once and for all.
Turned out to be just in time as the old worn hubs were starting to move on my 3 year old replacement  axles. If the job had been delayed a bit longer I am sure there would have been damage done to the key ways.

Luckily the wear was confined to the keys. The wheel which had overheated and smoked the brakes during the March DVHCC rally was very hard to remove, and nearly broke my wheel puller. I suspect that when it overheated, it expanded and went further on the taper.

I have included a series of photos to detail the work that was done and the difference between the old and new hubs is noticeable. 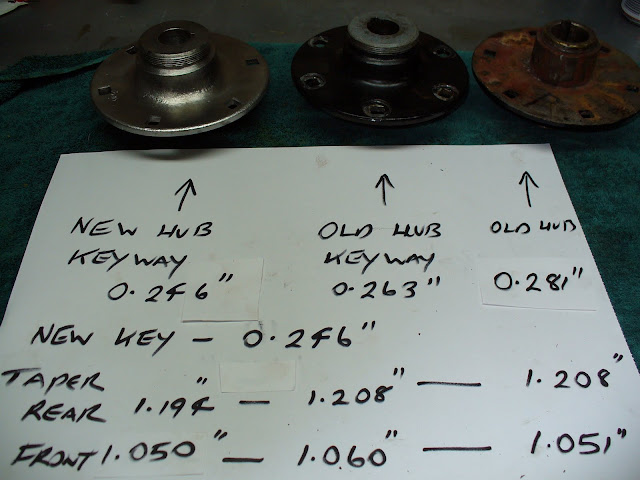 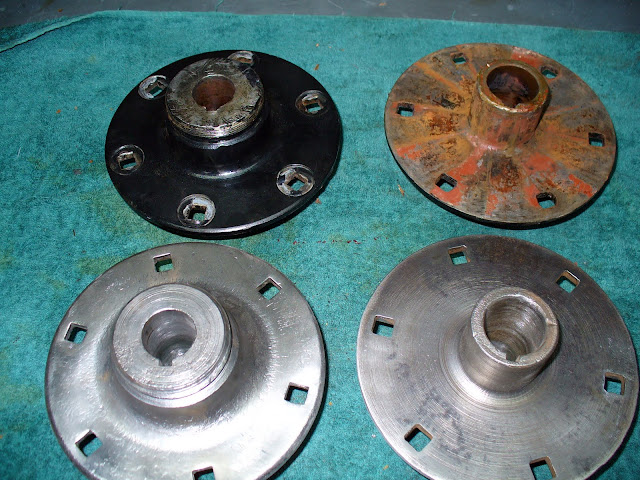 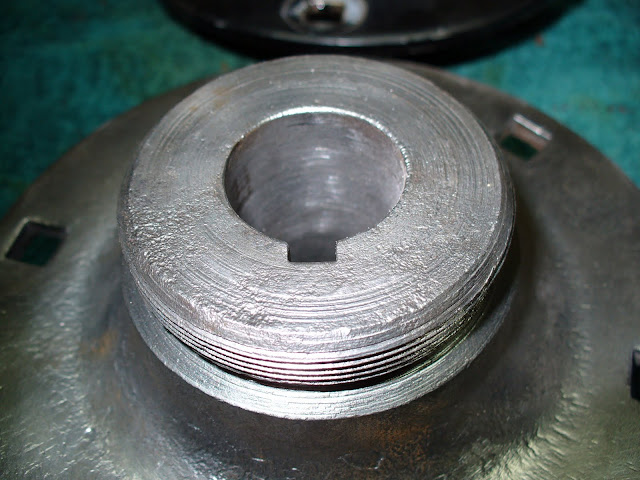 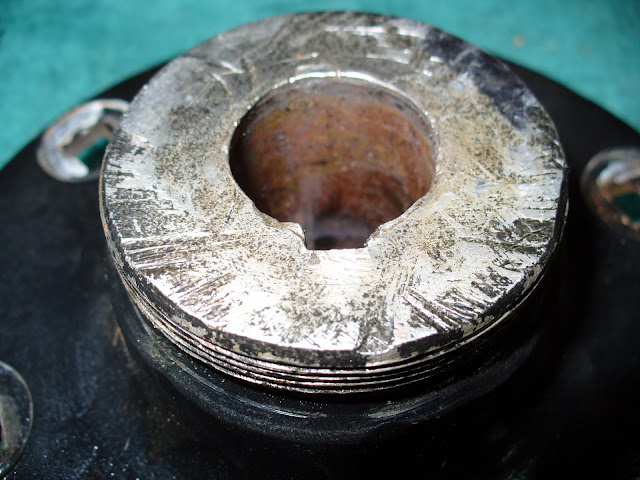 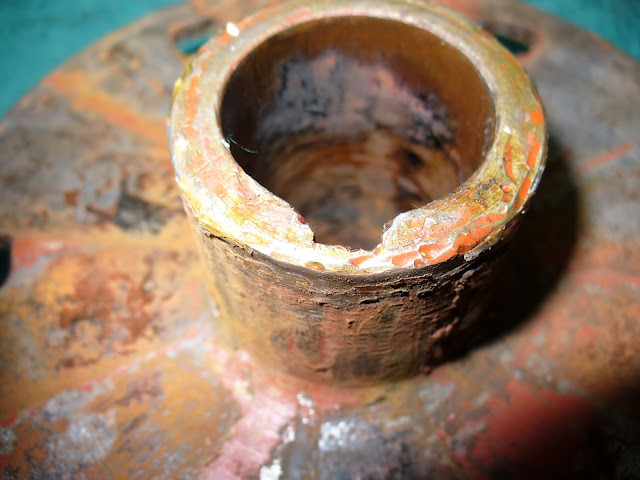 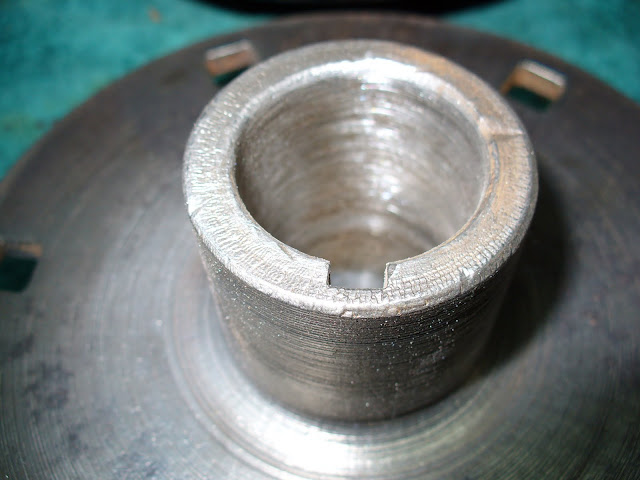 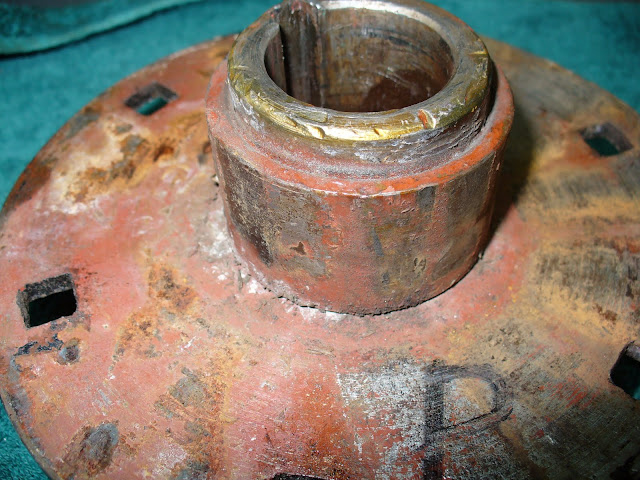 I discovered that the Australian Hubs of which I have 2 pair have a slight recess for the bolt head, and my NOS ones from the States are flush. No other differences were apparent. 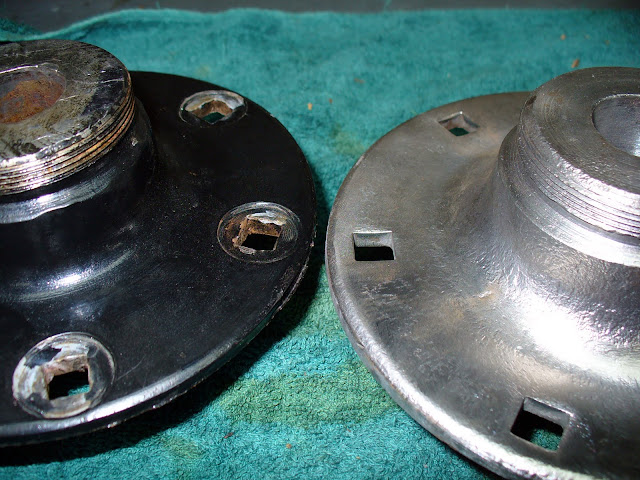 After several weeks I finished refurbishing the rear wheels. As well as fitting NOS hubs I had to contend with loose spokes on both wheels. After removing the old hub, and with the spokes still fitted to the rim I applied several coats of Chair - Loc to the area of the spokes that is covered by the hub and brake drum. Chair Loc was mentioned in great detail on the model T web site and works as follows - " Expands the grain and leaves a hard deposit inside the expanded grain of the timber". And to my amazement it worked!

I fitted the new hub with several layers of brass shim wrapped around the centre of the hub that contacts the end of the spokes. Another coat of Chair Loc, then fitted the brake drum. Where the spokes fit into the outer rim, several where loose, so I drilled a 9 mm hole into the spoke about 2 inches long and hammered in a 9.5mm dowel covered in Araldite. Resprayed a final coat of black on the hub outer face, and then a coat of Acrylic clear. The outer rim was still in its original coat of black from 3 years ago, and this also got the clear Acrylic top coat, which really brought the surface back up to a new appearance. The job was finished with a coat of clear to freshen up the spokes. Very happy with the finish. These were reproduction spokes from about 36 years ago that I have never been 100% happy with. Lets hope this time I have solved the problem.

The spokes are now as tight as a drum, and if hit with a hammer ( from behind of course) the sound is more metallic than wooden.

With the new hubs replacing the old worn ones I estimate i have increased the track between the rear wheels by approx 1/2 ". 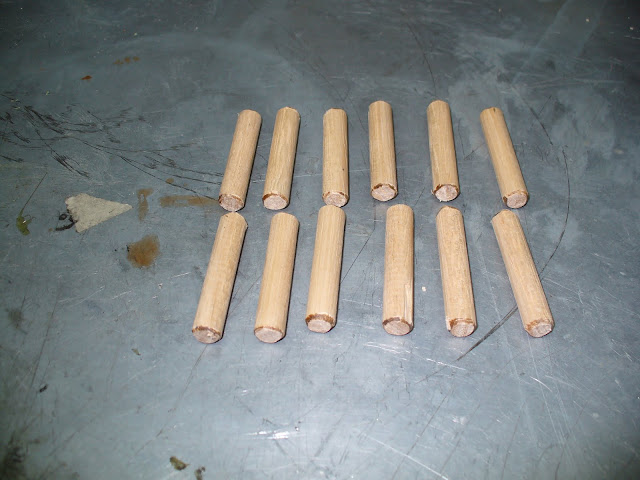 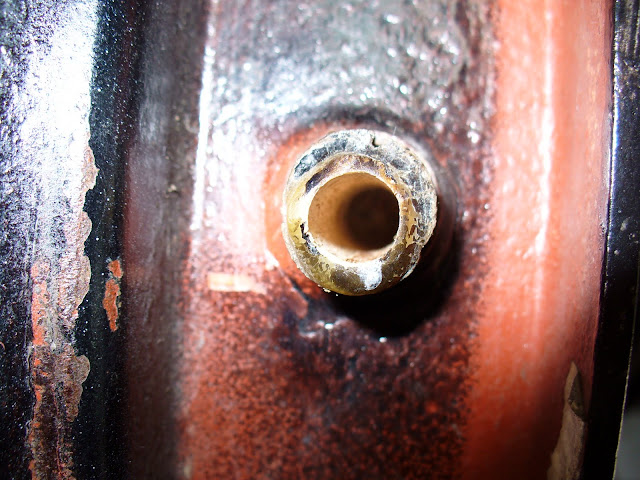 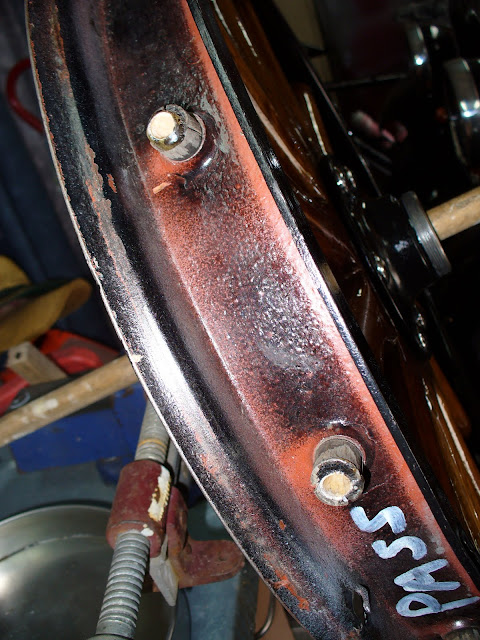 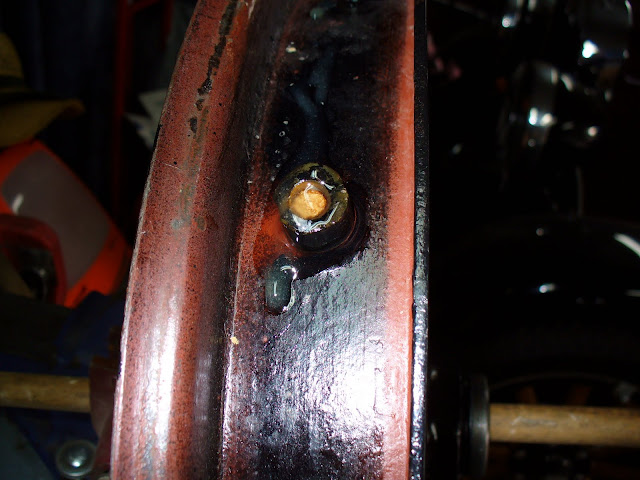 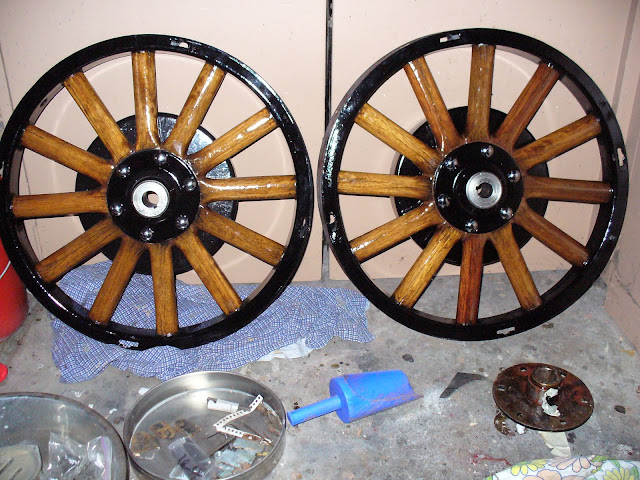