The gear stick had become sloppy and changes between gears were becoming difficult, to the point where I thought a clutch job was looming in the near future.
I saw a couple of Internet postings on Chev sites and after investigating my own gear box decided it was time to recondition the top of the box. Having recently been put out of work, I had plenty of time to occupy myself on the project.

In total I did 4 separate things which all complemented each other,

1. Replace the 2 pins on the top of the gear box tower. (Reduces the side ways movement of the gear stick)

2. Weld and machine (or in my case file) the worn section of the key way in the gear stick ball to match the unworn section at the bottom of the ball. If the whole key way is worn then you require a clearance fit to the tower pins.(Will further reduce the side ways movement of the gear stick)

3. Weld and file back the tip of the stick to restore the tapered sides, with the finished size to suit the gates in your selector. See the picture below.( Reduces fore and aft movement of the stick, but more importantly ensures you are fully out of one gear before selecting another)

The picture below was sent to me by Ron from http://www.1928chevrolet.com/index.html and shows the same before and after results I achieved. 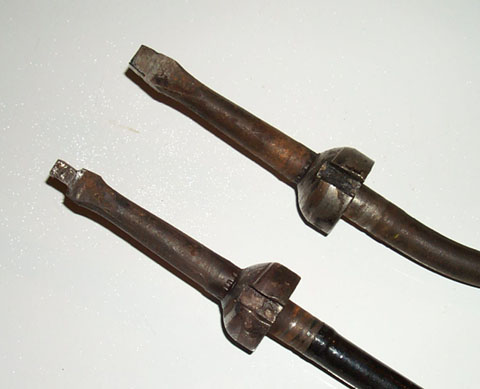 4. Check the assembled fit of the gear shift retaining cap, and being a bit loose, stretched the spring about 1/4 inch. (Firmed up the feel of the gear stick a bit more)

I tested the car after completing each of the 4 mods, and the results  were  amazing. At each stage the shift improved.

The changes are now smoother, more precise, and the stick feels a lot tighter through the changes.

It now feels like an old sports car change than a humble 28 Chev.

Previously I was missing some changes and the odd bit of grinding here and there, which I thought was my driving or an impending clutch overhaul. Not any more.
In summary 1st and reverse - No sideways movement, 2nd and 3rd half an inch each way, Neutral 1" each way. Previously I had a loose sloppy change in all gears and the stick would wobble and vibrate in all gears.

I can recommend to anyone who has not done similar or is running an un restored box, check the above 4 areas of your gearbox, you will not be disappointed with the end result. 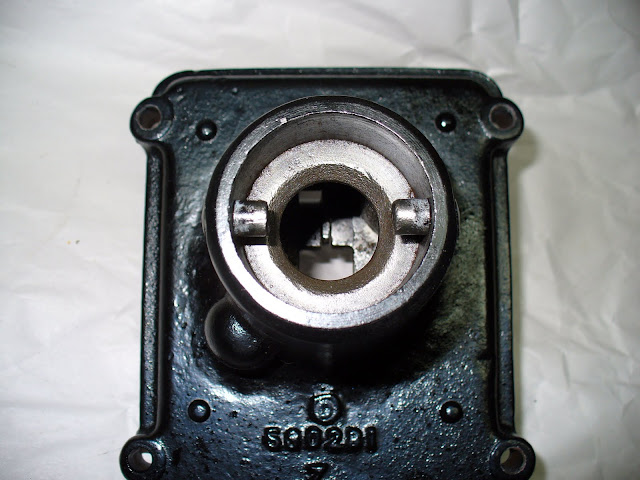