From the Land of the Good Ol' Boys

Back in 2007 I purchased a complete radiator assembly from the Black Hills of Dakota USA. The main attraction was the steel radiator surround which I prefer to the aluminium. The photo on EBay clearly showed that someone had put a couple of rounds into the side of the surround. I was still happy to buy it as the surround could be repaired, and there was a chance the honey comb core could be serviceable.

When the package arrived it was a bit of a drama, full of black mountain soil. I was amazed it had made it through customs.

After being packed away for the last 4 years, I finally got around to pulling it apart last night (22nd June 2011). Luck has gone my way on this purchase as the slugs had penetrated the surround and glanced of the side of the top brass tank.

So as well as having a spare steel surround, I have the bonus of a serviceable honeycomb core.

Who knows what history this radiator that was pulled out of a Chev commercial vehicle has seen.

I have included a few photos below to show the damage from the 2 bullets. 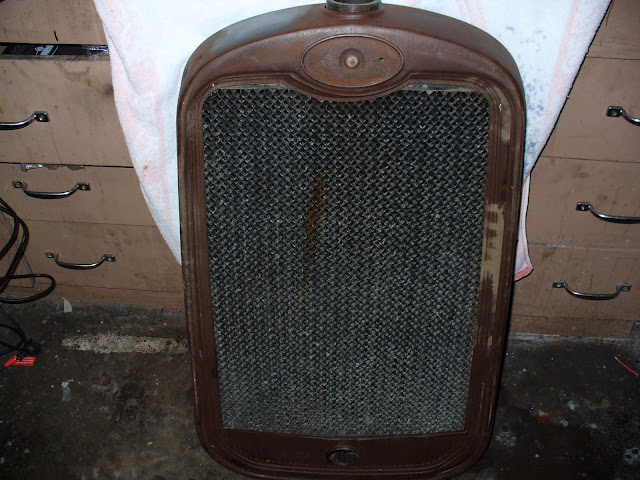 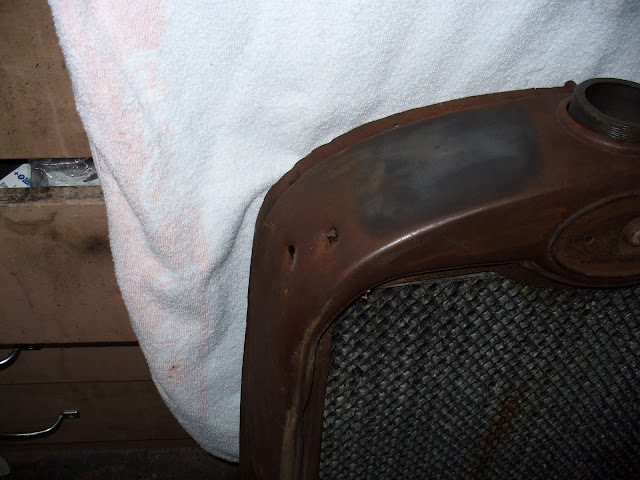 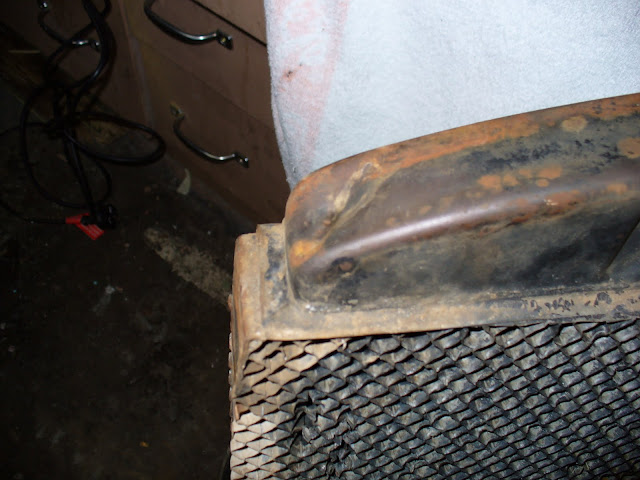 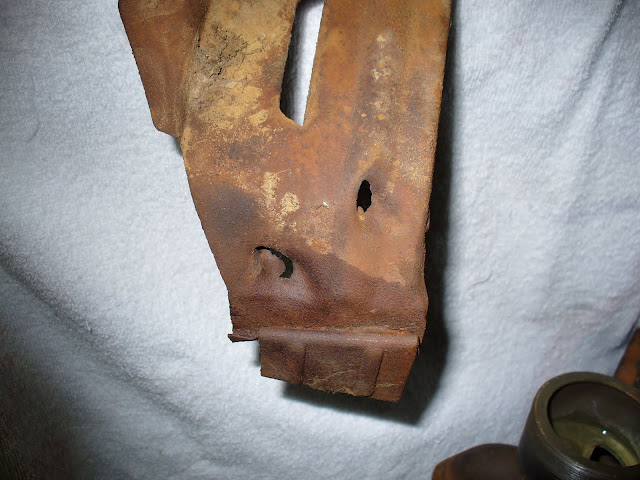