This is the first of a few postings regarding a grab bag of Chev parts that I picked up from a deceased estate from Castlemaine, Victoria, when Grant and I were on the way back from the Bendigo Swap Meet. The major item was a cylinder head and manifold, which had spent the last 40 tears in a potato sack.

Was it rusty? Yes very.

Is it cracked? Don't know

Can it be reconditioned? I think so

My thought was that these are getting rarer every year so I might as well grab it, clean it up, see what it looks like, and put it away for the rainy day that may never come. Who knows, in 50 years if there is still petrol to run combustion engines, some one may stumble across this same head, and get their 130 year old Chev on the road.

Any way got into it, stripped off a good serviceable set of rocker arms, so I had already recovered half the purchase price. Pretty rusty, so into the Rustbuster you go for about 3 days. 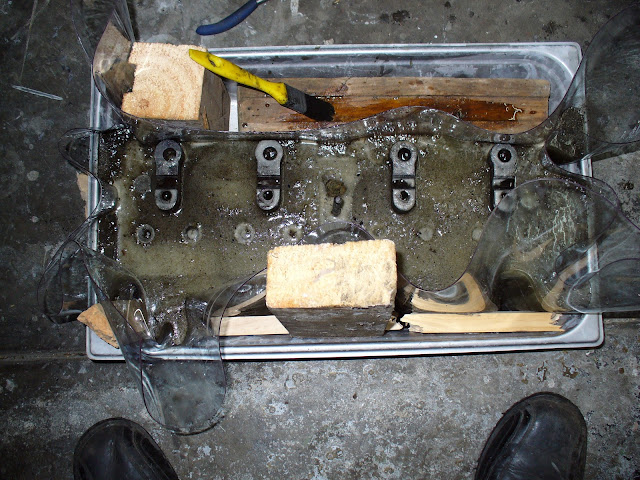 Took it out of the Rustbuster, hit it with the wire brush on the angle grinder, then back in the soaking tank for another 48 hours. Washed it off, was just going to pack it away, but it got the better of me, so I spent several hours wire brushing and cleaning it up. All rust gone from the cooling system cavities, so I figure its time to pack it away and get on with the next job. I was going to get it crack tested, but I already have 2 spare heads already, and have no idea if the are cracked or not, so now I have three. But the main thing is I have the spare heads to choose from in the future.
A few more photos below of the different stages, and yes, for the time being, and the next few years, this 1928 Chevrolet head that spent 40 years in a potato sack has been spared the fate of being scrapped. Who knows, it may fire an engine into life one day in the future. 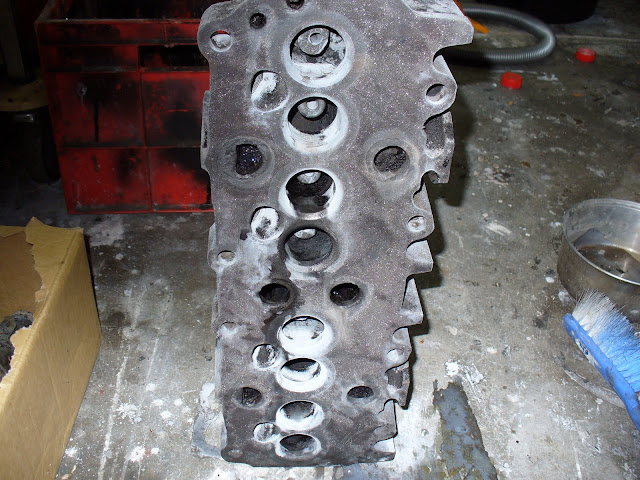 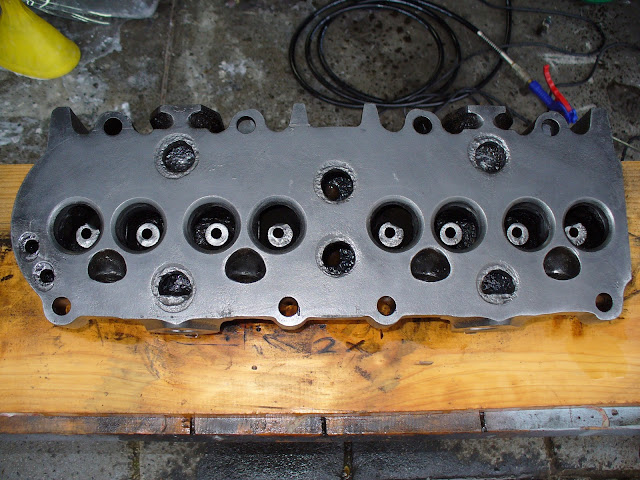 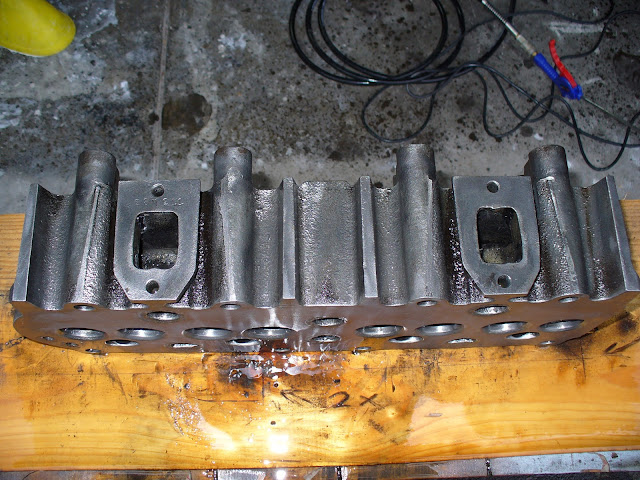 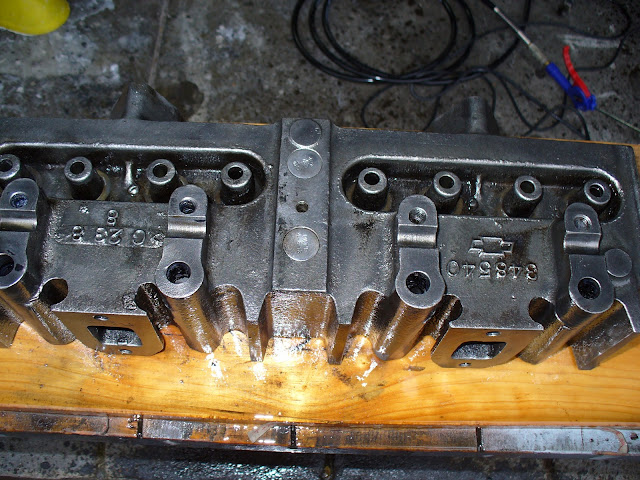 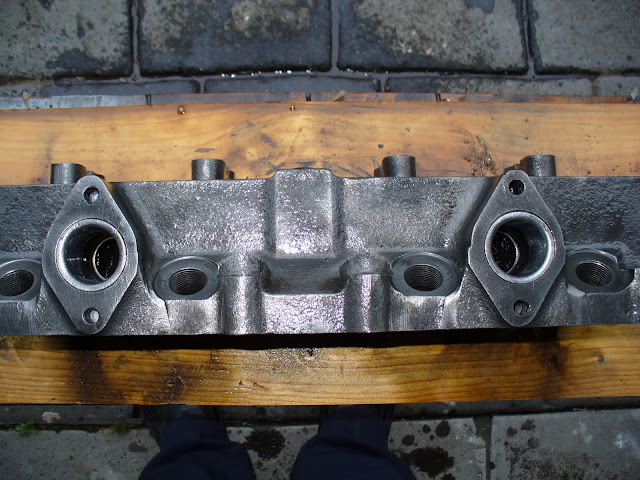 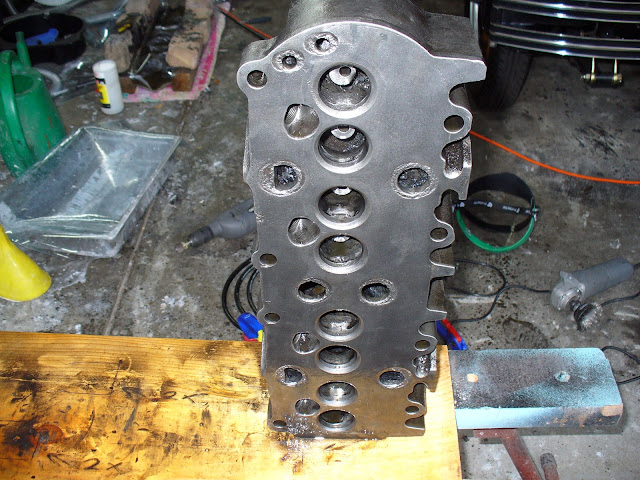 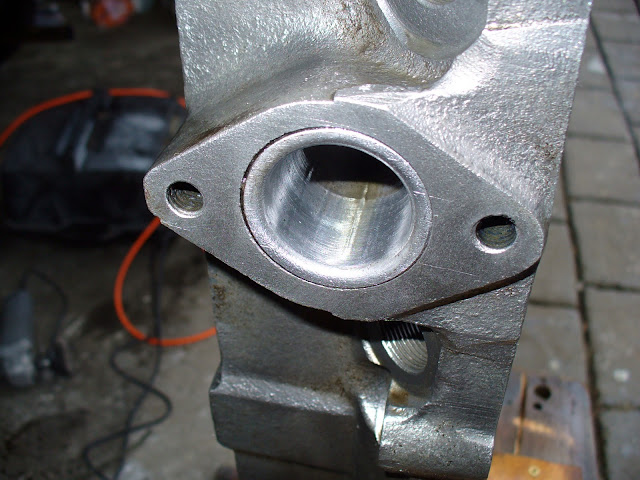