Monty the 1928 Chev Gets A New Clutch

With a few bits lifted from, some may say stolen from
http://montythe1928chevrolet.blogspot.com.au/2012/06/resto-new-clutch-installed.html

While out on his first official test drive with his permit on Saturday 23rd, Grant found out what it feels like when you "do a clutch"

We had already planned to have a day in the resto shed on the 24th, on a couple of nice and easy jobs, such as installing a battery kill switch and an in line fuse. Monty's revenge soon put a stop to that.

So its 8.30 am Sunday morning as we both stand discussing the plan to remove the gearbox, pressure plate and inspect the damage. From what Grant had told me when Monty spat the dummy, I was thinking pressure plate, weak or broken springs, or even worse, the centre of the clutch plate screwed up damaging the input shaft.


Accordingly I came up armed with pressure plates and other asorted bits.


But Monty was very kind to his owner as the only work required was:

3. Retighten all casing bolts, one of which had come loose and allowed the actuating lever to move
and ream out the carbon thrust washer

4. Clean up both the pressure plate and flywheel contact surfaces


A few pictures below detail the days activities.

Out came the floor timbers, brake linkages, leads and other bits and pieces that were in the way. 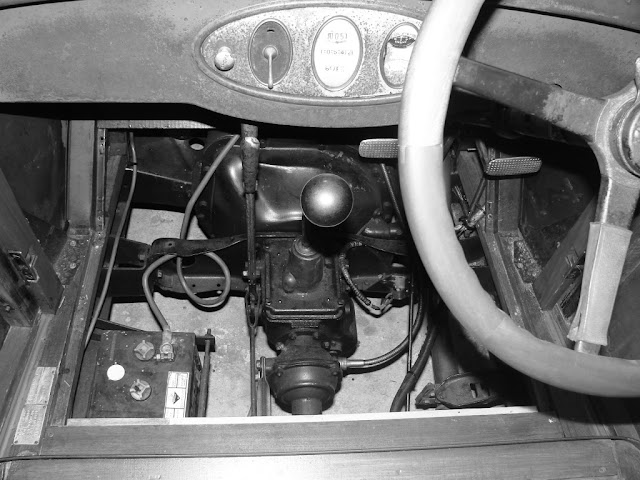 The universal joint housing was unbolted and pulled back enough for us to crack open the uni joint. 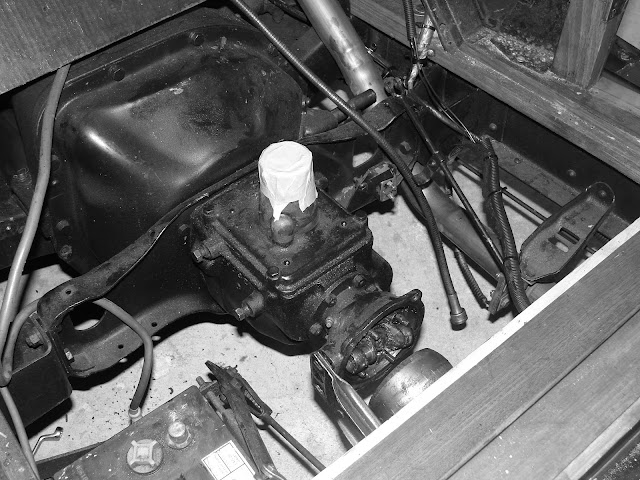 The gearbox was removed and put on a bench and Grant set about removing 84 years of crud and dust. 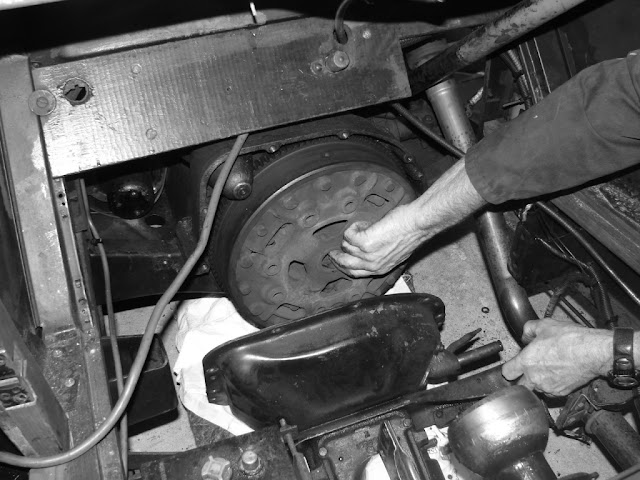 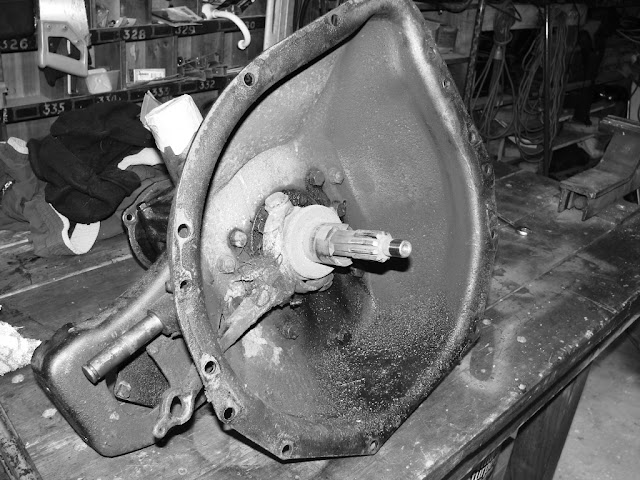 And after. Would you look at that. So clean that it burst into colour 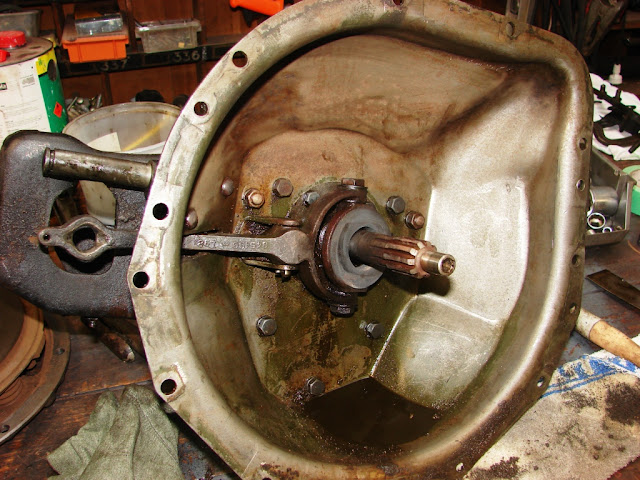 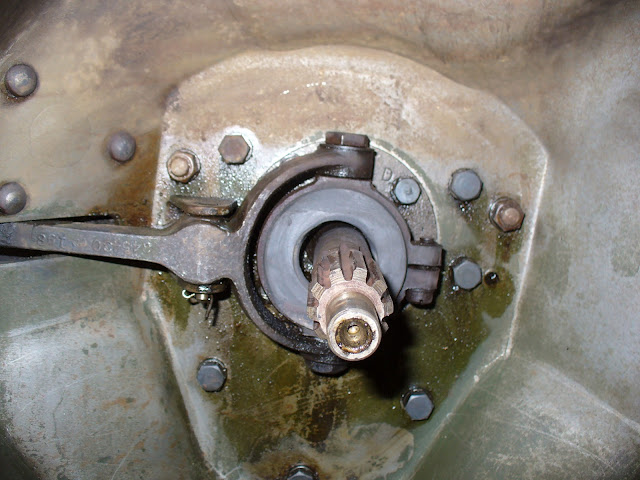 One of several coffee breaks 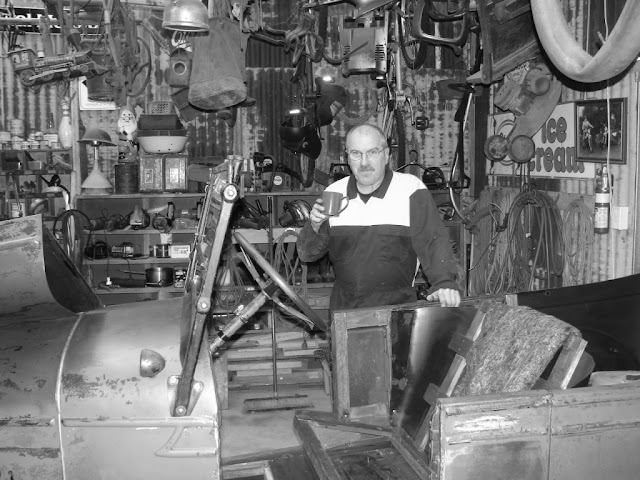 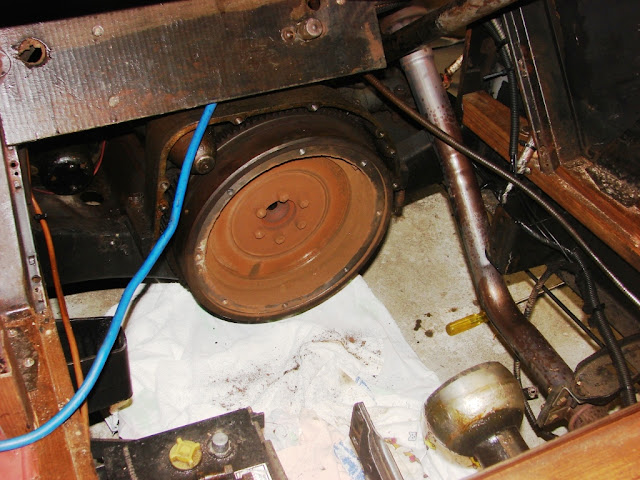 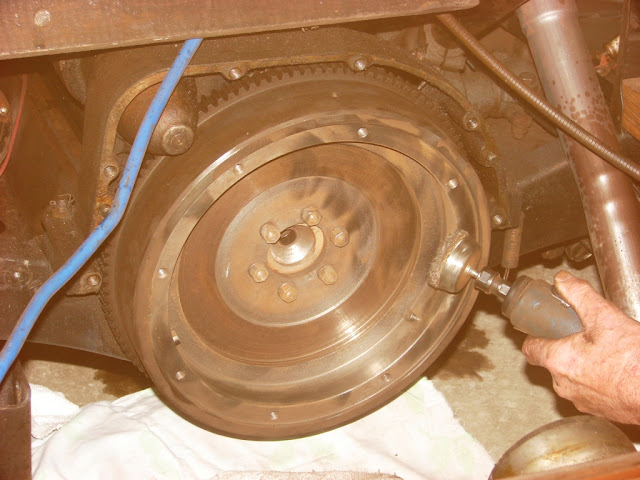 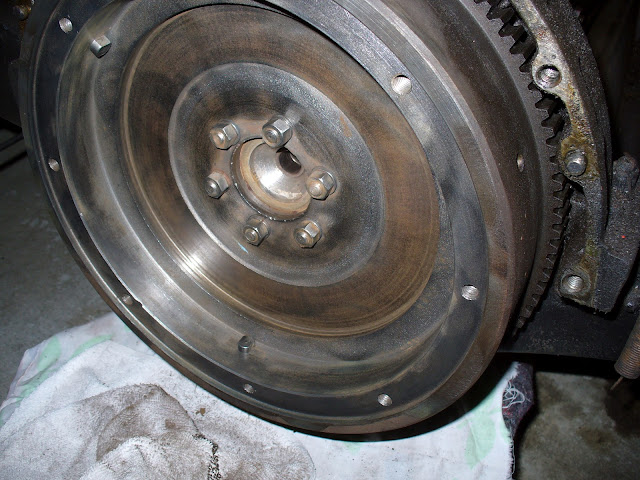 Done. All cleaned up with a new clutch plate installed 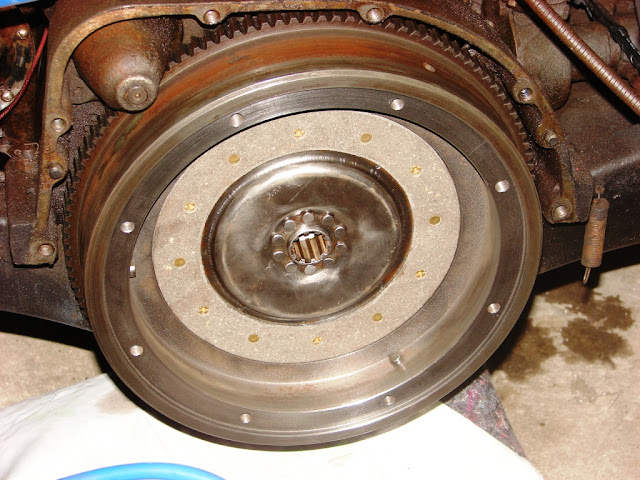 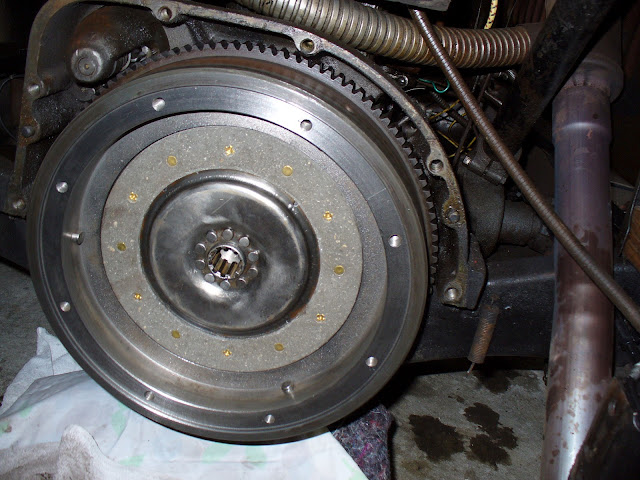 The pressure plate was cleaned up, no marks, no scoring, more importantly, no burning 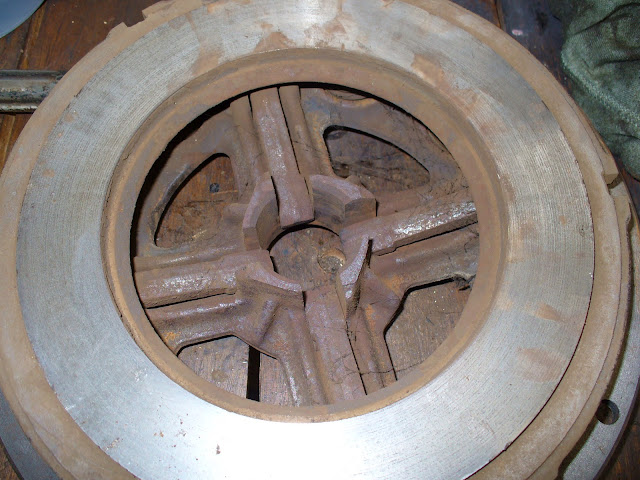 By 3.30 it was all over and Monty passed his test drive.