Improvement no 8 - Wind and Waterproofing for Highway Driving

Before this modification the wind and rain would come in under to top of the hood and all around the windscreen. It was not a pleasant experience.

2010 saw the Chev doing a lot more highway driving, so I embarked on a mission to reduce the amount of wind and water coming in through the front of the car.

Step 2 - Now the upright posts. I have the original Holden Body Works specification side curtains that I think were supposed to work by air pressure pushing them against the windscreen uprights and screen. They were not very effective. I had the idea that if I made a vinyl insert to fit in behind the side curtains and come out a bit further across the edge of the screen this may help. I made up a couple of heavy cardboard templates and had Grant White, Motor Trimmer, from Rosanna Victoria 9458 3479, make up a pair from vinyl to match the hood. I then fitted longer press stud fittings on the windscreen uprights to take double thickness material. Pleased to say this worked very well also, and eliminated the majority of  wind and water coming in through the sides of the windscreen.

This photo shows the windscreen upright and screen frame with the side curtain removed. 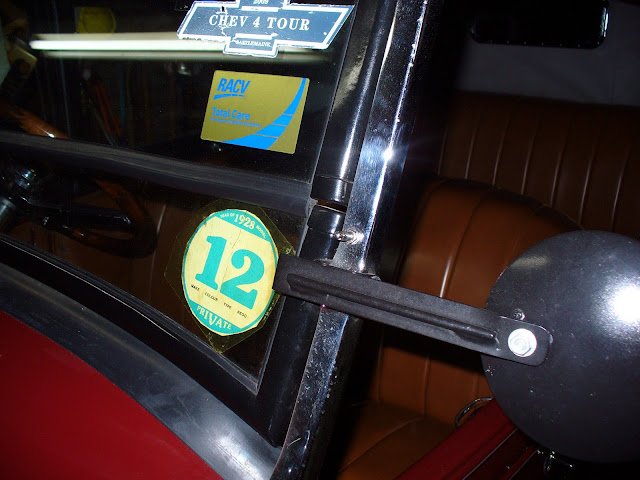 This is the insert I had made up 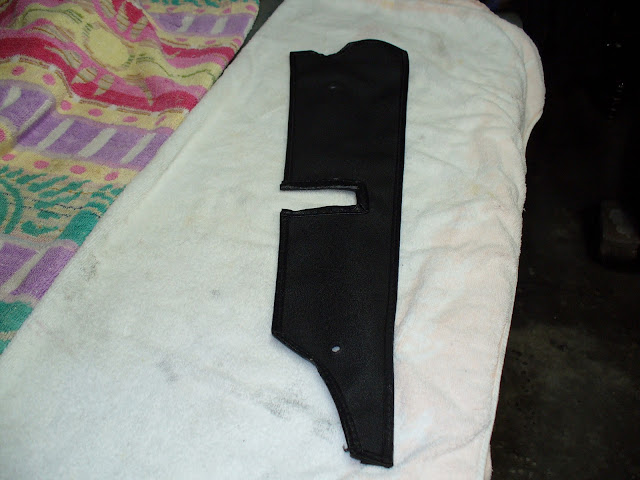 Here is the insert fitted 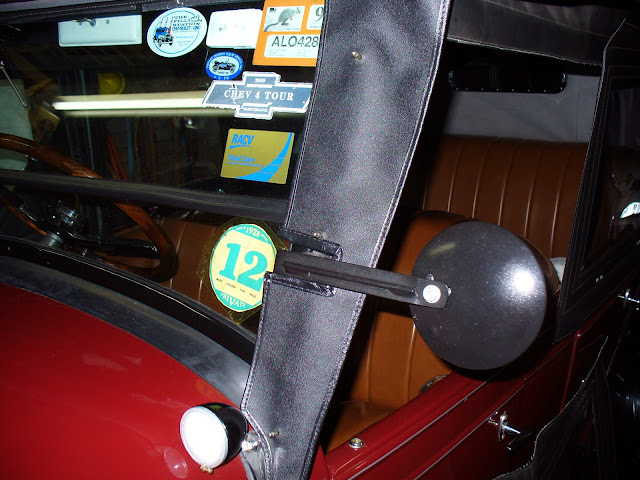 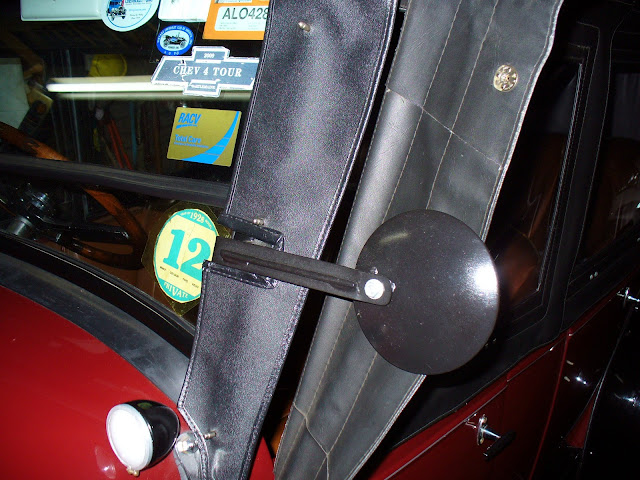 And fully fitted, this is the end effect. You can see the extra material coming out from under the side curtain. As I was careful not to protrude past the windscreen frame it does not hinder my vision. 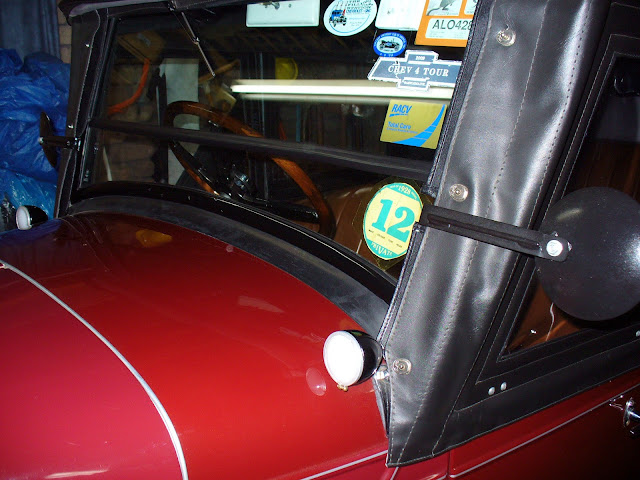 The final part of the jigsaw was the poorly fitting rubber strip between the bottom of the windscreen frame and the top of the cowl. I had previously bought 2 x rubber kits for a 1928 Chev from two different dealers that turned out to be wrong. The T section they supplied was 1.5 inches, when it should be 2 inches. I only found this out by sheer chance when I was looking to buy a rubber profile to make my own fix. The was not needed as when I fitted the correct T section after 30 odd years, problem solved. Once again I did not know any better, but do now. You can see from the pictures above and below that the T section has an interference fit against the cowl, and with a slightly raised lip on the cowl behind the rubber, hey presto, problem solved. 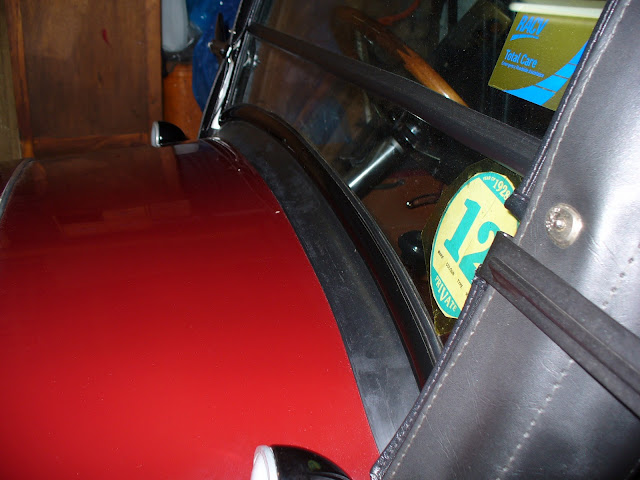 These modifications combined with a previous one to the sides of the hood http://my28chev.blogspot.com/2011/08/2011-14th-august-improved-wind-sealing.html
now make the Red Chev a much more pleasant car to drive.
Posted by Ray Dean at 4:00 AM